Iranian FM dismisses US GOP letter as a ‘propaganda ploy’ 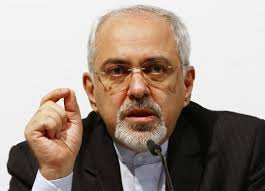 Iranian FM dismisses US GOP letter as a ‘propaganda ploy’

TEHRAN - Iranian Foreign Minister Javad Zarif on Tuesday described an open letter on Iran nuclear deal signed by US Republican senators as a "propaganda ploy" from pressure groups afraid of diplomatic agreement. Forty-seven Republican US senators warned Iran's leaders on Monday (March 9) that any nuclear deal with President Barack Obama could last only as long as he remains in office, an unusual partisan intervention in foreign policy that could undermine delicate international talks with Tehran. "This is a propaganda ploy and bears no legal value. This shows how worried one group is. There is no agreement in place yet and one group is speaking about its content," Zarif said. The open letter was signed by all but seven of the Republicans in the Senate and none of Obama's fellow Democrats, who called it a "stunt." In the letter, the senators said Congress plays a role in ratifying international agreements. Noting Obama will leave office in January 2017, they said any deal not approved by Congress would be merely "an executive agreement" that could be revoked by Congress. Speaking to reporters in Tehran, Zarif blasted the Republicans. "It's regrettable that there is a group who are against reaching a deal. Of course we insist that if we do reach a deal it has to be one in which the rights of our people are observed and we are sure there are ways to achieve this result," he said. The White House said the letter was a partisan effort to undermine Obama's foreign policy by lawmakers who oppose a deal even if the only alternative is military action. Obama said his focus now was on seeing if negotiators could get a deal or not, taking a jab at Senate Republicans for allying themselves with Iranian hard-liners opposed to a deal. The letter, first reported by Bloomberg, was the latest Republican effort to influence the Iran talks. Many Republicans worry Obama is so eager for a deal he will sign off on an agreement leaving Iran able to easily make a nuclear weapon. World powers and Tehran are trying to reach a framework agreement this month, and a final deal by June, to curb Iran's nuclear program in exchange for easing sanctions. Iran denies its civil nuclear program is a cover for developing weapons. - Reuters