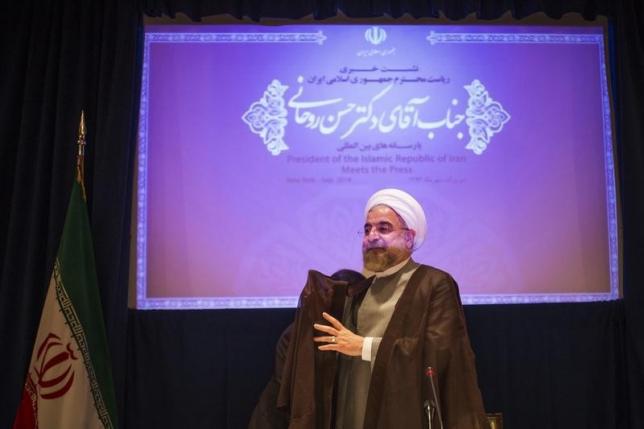 ANKARA - Iranian President Hassan Rouhani said on Wednesday Tehran will not accept a comprehensive nuclear deal with major powers if all sanctions imposed on Tehran are not lifted, state television reported. "If there is no end to sanctions, there will not be an agreement," Rouhani said in a televised speech in the northern Iranian city of Rasht. "The end of these negotiations and a signed deal must include a declaration of cancelling the oppressive sanctions on the great nation of Iran." Iran wants sanctions that include nuclear-related United Nations resolutions as well as US and EU nuclear-related economic sanctions, to be lifted at once. The US says that sanctions against Iran would be removed gradually. In what was seen as a setback for Barack Obama, the US president agreed on Tuesday that Congress should have the power to review any deal with Iran, backing down to pressure from Republicans and some in his own party. The move blocks Obama's ability to waive many US sanctions on Tehran while Congress reviews the deal. It also allows Congress a final vote on whether to lift sanctions imposed by US lawmakers. Rouhani said this was an internal issue for Washington. "What the US Senate, Congress and others say is not our problem. We want mutual respect ... We are in talks with the major powers and not with the Congress," Rouhani said, adding that Iran wanted to end its isolation by having "constructive interaction with the world and not confrontation". Israeli Intelligence Minister Yuval Steinitz said on Wednesday that his country was pleased with the Congress deal. Israel was hugely critical of a preliminary accord reached betweenIran and world powers on April 2, saying it would not prevent Tehran from developing nuclear weapons. Iran says its nuclear program is peaceful, but it has never welcomed intrusive inspections and has in the past kept some nuclear sites secret. A delegation from the International Atomic Energy Agency (IAEA), the United Nations' nuclear watchdog, arrived in Tehran on Wednesday for scheduled technical talks, Iran's semi-official Mehr news agency reported. Talks with the IAEA are parallel to Iran's nuclear negotiations with the powers seeking a permanent agreement on curbing the country's nuclear activities by June 30. Iran and major powers will resume talks on April 21. - Reuters