Upon arrival at Naval Headquarters Basra, the Naval Chief was received by Commander Iraqi Navy Admiral Ahmed Jaasim Maarij and was presented Guard of Honour. During the meeting with Commander Iraqi Navy, regional maritime security and professional matters of mutual interest including bilateral naval collaboration were discussed. 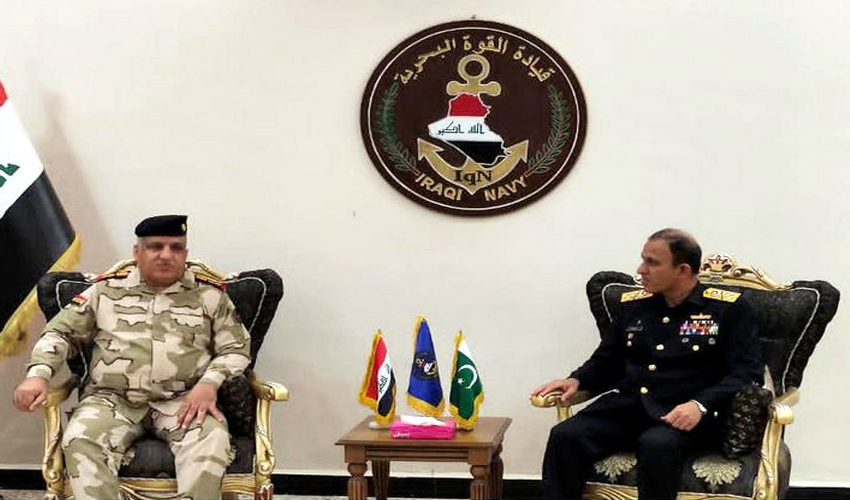 The Naval Chief highlighted Pakistan Navy’s efforts for ensuring maritime security in the region including Regional Maritime Security Patrols and participation in Combined Maritime Forces (CMF). The Admiral also visited Naval Base Um Qasir and Iraqi Naval Academy where a briefing was given to the Naval Chief.

Later during call-on with Defence Minister Mr Jumma Inad Sadoon Khattab, professional matters of mutual interest including bilateral defence collaboration were discussed. The Naval Chief underscored the importance of enhancing interactions between the armed forces of both countries through exercises and training exchange programmes. 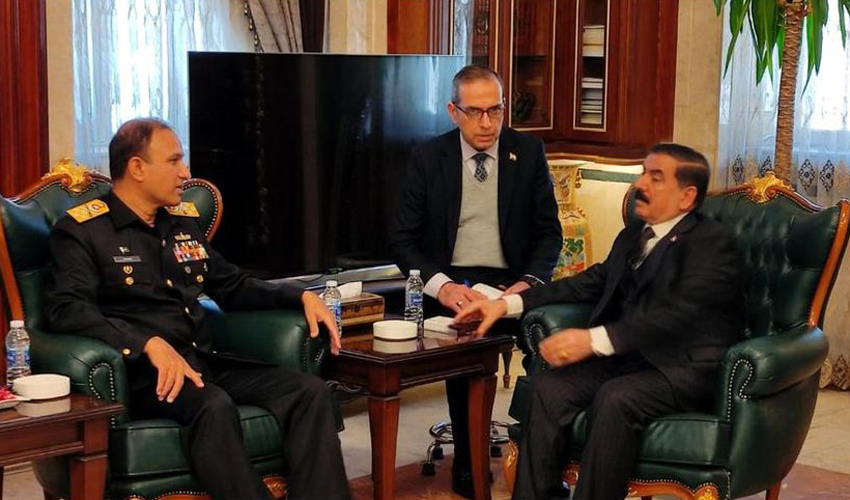 The Iraqi defence minister while acknowledging the significance of strong bilateral military cooperation in diverse realms, stressed on enhancing collaborations in expanded military domains. It is expected that visit of the Naval Chief will further augment and expand defence ties between the two countries in general and navies in particular.