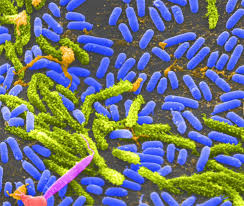 BAGHDAD - Iraqi Prime Minister Haider al-Abadi ordered daily water tests and other measures to contain an outbreak of cholera that has killed at least six people in Baghdad's western outskirts. The deaths were in the town of Abu Ghraib, about 25 km (15 miles) west of the capital, hospital sources said. At least 70 other cases were diagnosed in the area. Around 300 people were diagnosed with the illness in 2012 in the northern city of Kirkuk and the Kurdistan region. Five years earlier, at least 24 people died and more than 4,000 cases were confirmed. The country's water and sewerage systems are outdated and infrastructure development has been hindered by years of war and neglect. Abadi said Iraq would work with the Red Crescent and U.N. children's agency UNICEF to install additional water purification stations in Abu Ghraib. He ordered bottled water to be distributed in the affected areas to thousands of families displaced from western areas controlled by Islamic State militants who seized large swathes of Iraq's north and west last year. In its most severe form, cholera causes acute diarrhea that can cause death by dehydration and kidney failure within hours. It is mainly transmitted through contaminated water and food. -Reuters