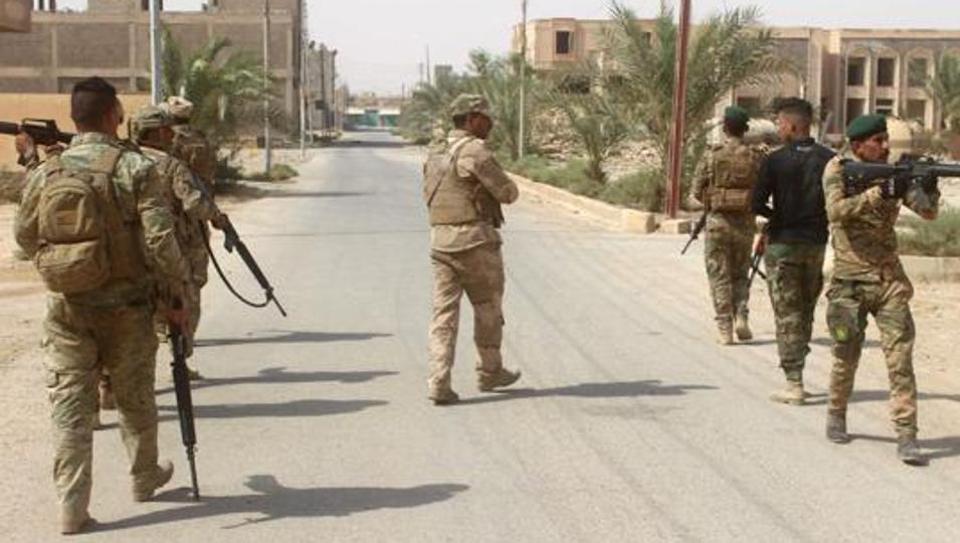 BAGHDAD (Reuters) - Iraqi forces launched an operation on Thursday to clear the desert bordering Syria of Islamic State, a final campaign to rid Iraq of the militant group, the military said in a statement.

Troops from the Iraqi army and Shi‘ite Popular Mobilization Forces (PMF) were taking part in the campaign against militants hiding in a large strip of border land, Iraqi military officials said.

“The objective behind the operation is to prevent remaining Daesh groups from melting into the desert region and using it as a base for future attacks,” said army colonel Salah Kareem, referring to Islamic State by an Arabic acronym.

Iraqi Prime Minister Haider al-Abadi said on Tuesday Islamic State had been defeated from a military perspective but he would only declare final victory after IS militants were routed in the desert.

Iraqi forces on Friday captured the border town of Rawa, the last remaining town under Islamic State control, signalling the collapse of the group’s “caliphate” proclaimed after it overran much of Iraq’s north and west in 2014.