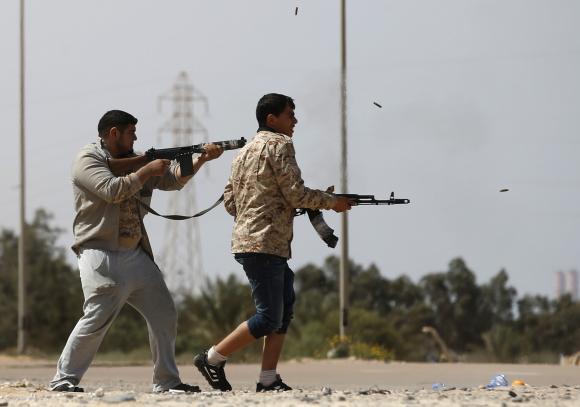 BAGHDAD - Iraq's most important Shi'ite religious leader, Grand Ayatollah Ali al-Sistani, called on Friday for greater professionalism and planning by government forces and allied militias in fighting Islamic State insurgents. Sistani, who speaks for millions of Iraqis and has a worldwide following, also urged greater participation of Sunni residents in Islamic State-controlled areas of Salahuddin and Anbar provinces in the fight. In Salahuddin, Iraqi security forces and mainly Shi'ite militia are fighting to dislodge the insurgents from Saddam Hussein's hometown, Tikrit, which they overran last summer. Some local Sunni tribes are supporting the efforts to retake Tikrit, where government and allied forces have not made any advances since last Friday. "(The) leaders must have more professional and correct military planning in advancing to liberate areas that remain under control of the criminal IS," Sistani's spokesman Sheikh Abdul Mehdi Karbala'i said during a Friday sermon. Some Iraqi officials have said more air strikes are needed in Tikrit, around 160 km (100 miles) north of Baghdad, but a senior military source in the coalition on Thursday said no request to that effect had been made. Islamic State posted a video on Friday purporting to show the beheading of three Kurdish peshmerga fighters in northern Iraq and threatening to kill dozens more captives. - Reuters