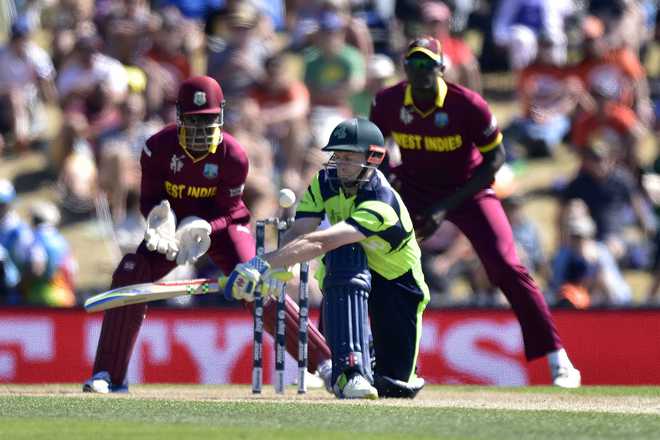 NELSON (Reuters) - Ireland beat twice former champions West Indies by four wickets in their opening World Cup Pool B match at Saxton Oval in Nelson, New Zealand on Monday. It was the third victory over a test-playing team at a World Cup for the Irish after they beat Pakistan in 2007 and England in 2011. West Indies won the first two World Cups in 1975 and 1979.