Ireland to join Apple in fight against EU tax ruling 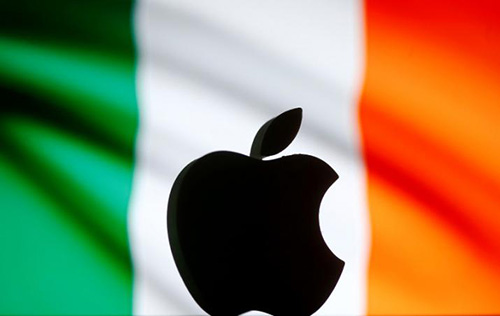 Ireland to join Apple in fight against EU tax ruling

DUBLIN – Ireland's cabinet agreed on Friday to join Apple in appealing against a multi-billion-euro back tax demand that the European Commission has imposed on the iPhone maker, despite misgivings among independents who back the fragile coalition. The Commission's ruling this week that the US tech giant must pay up to 13 billion euros ($14.5 billion) to Dublin has angered Washington, which accuses the EU of trying to grab tax revenue that should go to the US government. With transatlantic tensions rising, the White House said President Barack Obama would raise the issue of tax avoidance by some multinational corporations at a summit of the G20 leading economies in China this weekend. Paradoxically, Ireland is determined not to accept the tax windfall, which would be equivalent to what it spent last year on funding its struggling health service. Finance Minister Michael Noonan has insisted Dublin would fight any adverse ruling ever since the European Union began investigating Apple's Irish tax affairs in 2014, arguing that it had to protect a tax regime that has attracted large numbers of multinational employers. On Wednesday, he failed to persuade a group of independent lawmakers, whose support is vital for the minority government, to agree to fight the ruling by European Competition Commissioner Margrethe Vestager that Apple's low tax arrangements in Ireland constitute illegal state aid. However, he won them over when the cabinet met again on Friday. Noonan said the retroactive nature of the EU ruling was "little short of bizarre and outrageous". "How could any foreign direct investor come into Europe if they thought the valid arrangements they made under law could be overturned a generation later and they be liable to pay back money," he said at a news conference. Public Expenditure Minister Paschal Donohoe said Dublin stood behind its corporate tax regime as a means of creating jobs.
This ruling has seismic and entirely negative consequences for job creation in the future," he said.
Apple, keen to defend its own interests, has already said it will lodge an appeal. For Fine Gael, the main Irish coalition party, a broader principle is at stake. It wants to take on Brussels to safeguard Ireland's decades-old low corporate tax policy that has drawn in multinationals such as Apple, creating one in 10 jobs in what was once an impoverished country. A FAIR RATE OF TAX The Independent Alliance, a group of five lawmakers, fell in line after the coalition agreed to conduct a review of what tax multinationals pay and what should they pay. Transport Minister Shane Ross, an Alliance member, defended Apple up to a point. "I think they were acting legally. What they were doing was making use of extraordinary loopholes that existed there," he told reporters. "Multinationals provide absolutely vital jobs to the economy ... (but) multinationals should pay a fair rate of tax in Ireland." A failure of the Alliance to come on board would have cast doubt on the government's survival prospects. Dublin has just over two months to lodge an appeal to the EU's General Court. If that fails, Dublin has said it plans to take the case to the European Court of Justice. The issue goes to parliament on Wednesday next week, when lawmakers will be recalled from their summer break. The main opposition party, Fianna Fail, also favors challenging Brussels, so the government should easily win the Dail's backing to fight what is by far the largest anti-competition measure imposed on a company by the EU. Some Irish voters are astounded that the government might turn down the money, and the left-wing Sinn Fein party has led attacks from the opposition. Apple was found to be holding over $181 billion in accumulated profits offshore, more than any US company, in a study published last year by two left-leaning nonprofit groups, a policy critics say is designed to avoid paying U.S taxes. But Apple chief executive Tim Cook has said part of the company's 2014 tax bill would be paid next year when the company repatriates offshore profits to the United States.
OBAMA TO TAKE THE LEADThe US government is keen to ensure that it, and not Ireland, gets the revenue. White House spokesman Josh Earnest said leaders of the G20 developed and emerging economies would tackle the wider issue when they meet in the Chinese city of Hangzhou on Sept. 4-5. "The president will ... lead the discussion at the G20 about combating tax avoidance strategies that are implemented by some multinational corporations," Earnest said. "We need to find a way to make the global system of taxation more fair - more fair to countries around the world, particularly countries like the United States." A number of G20 governments are worried about how multinationals move profits around so they end up getting taxed in a country that has very low corporate rates. Last year the Organisation for Economic Co Operation and Development unveiled new measures to tackle corporate tax avoidance. A number of countries have moved to implement some of them measures, but the United States has not. It needs to change its own tax rules which, for example, allow companies to build up tax-free profits offshore. However, Congress has struggled for years to agree such reforms. –Reuters