Irfan ruled out of World Cup with injury 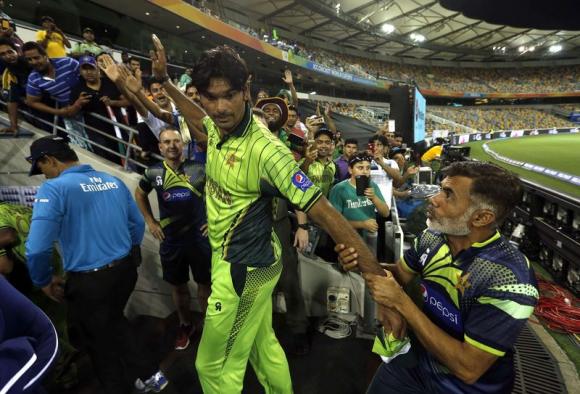 Irfan ruled out of World Cup with injury

ADELAIDE - Pakistan cricket team have been dealt a blow ahead of the quarter-final against Australia with the news that left-arm fast bowler Mohammad Irfan will miss the remainder of the tournament due to a stress fracture of the pelvis. Irfan, who had missed Pakistan's last pool game against Ireland, had a scan on Monday but it proved inconclusive. “A more detailed scan was ordered by team physiotherapist Brad Robinson on Tuesday and it confirms an obvious stress fracture in the pelvis,” the PCB said in a statement. “The injury rules Irfan out of the World Cup,” Robinson said. Pakistan face co-hosts Australia in their quarter-final in Adelaide on Friday and will wait until after the match before asking for a replacement. Irfan has largely been confined to playing limited-overs cricket due to injury problems and has made just four test appearances, compared to 45 ODIs and nine Twenty20 matches. Standing seven feet, one inch tall (2.16m), the 32-year-old extracted steep bounce from the pitches in Australia and New Zealand and took eight wickets in five matches. Former Pakistan captain Rashid Latif said Irfan’s injury was a major setback for the team. "He was the most dangerous new ball bowler in this tournament, they will have to regroup very strongly to overcome his absence,” Latif told Reuters. The 1992 champions had fast bowlers Junaid Khan and Umar Gul ruled out before the start of the tournament and Irfan's unavailability will be a further blow to their chances of winning a second 50-over World Cup title. - Reuters