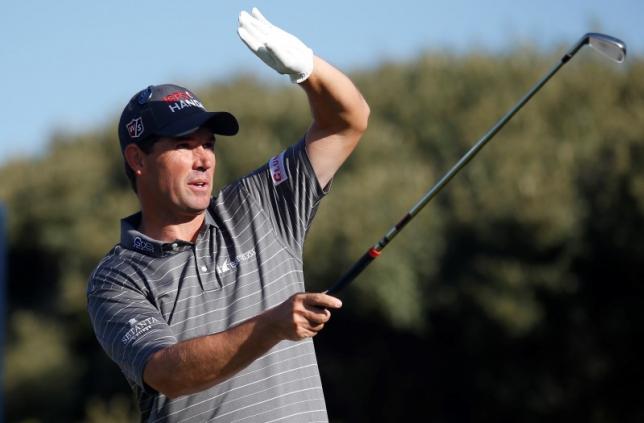 SPRINGFIELD, NEW JERSEY – Some top golfers have passed on the Olympics because of a hectic schedule and others have health concerns, but three-times major winner Padraig Harrington is thrilled to be going and dreams of gold. "I'm really looking forward to Rio. My whole family are going," the 44-year-old Irishman told Reuters after a long session on the practice putting green on a sizzling hot and stormy Baltusrol, where the PGA Championship begins on Thursday. "We're busy getting our tickets organized for the second week that we're there. It's a big deal for us." Harrington, winner of the 2008 PGA Championship and two British Open titles (2007, 2008), accepted the honor of playing for Ireland after the withdrawals of four-times major champion Rory McIlroy and Graeme McDowell citing concerns over the Zika virus. Later Shane Lowery also withdrew over Zika worries, opening the door for 297th-ranked Seamus Power to join Harrington in the 60-man Rio field as golf returns to the Olympic programme after an absence of 112 years. World number one Jason Day of Australia, the defending PGA champion, and Americans Dustin Johnson and Jordan Spieth, ranked second and third, respectively, also bowed out from Rio consideration due to health concerns. The mosquito-borne Zika virus, which the World Health Organization says is spreading rapidly in the Americas, can cause crippling defects in babies and has been linked to the neurological disorder Guillain-Barre in adults. "I'm going down there to try and win. No doubt about it, I believe I can win," said Harrington, who has slipped to 150th in the world rankings. Harrington, like others who played at the Open at Royal Troon, are returning for the season's final major with just one tournament week in between them in a tour season condensed to make room for the Olympic tournament. Some players, including world number eight Adam Scott of Australia and South Africa's world number 15 Louis Oosthuizen, said they opted out of the Rio Games for scheduling reasons. Harrington said he had planned to play two majors and the Olympics this summer. "I wanted to do my preparation for all three and if I played well in one of those three would have a good chance of winning," he said. "It didn't happen at the (British) Open. I've won three majors and I'm happy to take either," he said about this week's PGA or next month's Summer Olympics. "I could understand if you haven't won a major, making that more of a priority. But I think an Olympic gold would add a lot to my career." –Reuters