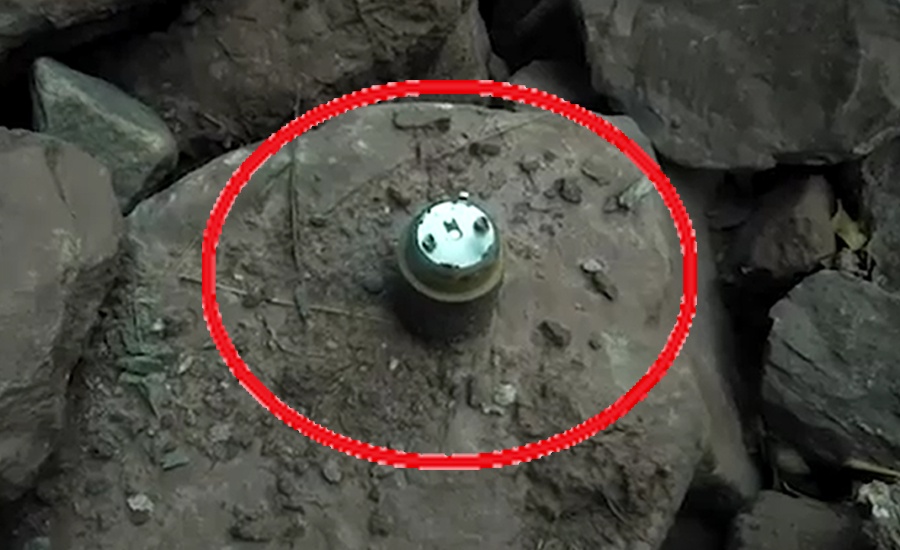 MUZAFFARABAD (92 News) – The irrefutable evidences of cluster bombs used by Indian forces on civilian populated areas have been surfaced on Sunday. According to the reports, the cluster bombs are found from many places of Nuseri area in Neelum Valley in Azad Kashmir. Due to the Indian blatant attack of cluster bombs, four civilians embraced martyrdom and 11 others sustained critical injuries in Nuseri. However, a child mistakenly carried a cluster bomb to his home, thinking of it as a toy, and suffered injuries upon its explosion.  The civilian casualties during conflict often occur because cluster munitions scatter huge numbers of explosive sub munitions over very large areas. Earlier today, PM Imran Khan condemned India’s attack on civilian population along the Line of Control (LoC) and called on the United Nations Security Council (UNSC) to take note of the international threat to peace and security. The prime minister took his twitter and said, “I condemn India’s attack across LoC on innocent civilians and its use of cluster munitions in violation of international humanitarian law and its own commitments under the 1983 Convention on Certain Conventional Weapons. “UNSC must take note of this international threat to peace and security,” Imran Khan said. “It is time to end the long night of suffering for the people of occupied Kashmir. They must be allowed to exercise their right to self-determination according to UNSC resolutions. The only road to peace and security in South Asia runs through a peaceful and just settlement of Kashmir,” the prime minister tweeted. A day earlier, Pakistan’s Ambassador to the UN Maleeha Lodhi has said that unchecked use of cluster bombs on the civilian population along the Line of Control (LoC) has exposed the real face of the Indian Occupied Army before the international community. In a tweet, she said: “India has always violated the prescribed international laws, especially the Geneva Convention.” She said that why India stops the UN Special Mission to review the reality in Occupied Kashmir if he has nothing to conceal. “India cannot hide reality by any means.”