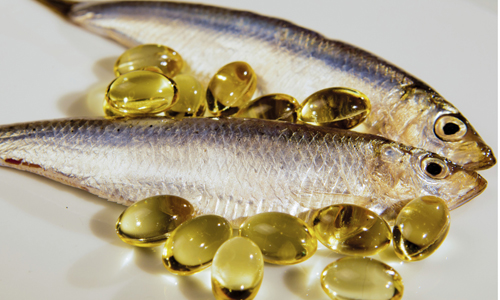 CHICAGO - Fish oil supplements might make cancer chemotherapy less effective - but many people with cancer were taking those supplements in a recent survey. All six of the fish oil supplements the researchers tested contained a specific fatty acid that's been found to reduce the effectiveness of chemotherapy in mice, the researchers report in JAMA Oncology. People receiving chemotherapy should refrain from taking fish oil supplements and discuss any supplement with their doctors, said Dr. Emile Voest, the study’s lead author from the Netherlands Cancer Institute in Amsterdam. “I’m always discussing it with my patients,” he said. “Please have an open relationship with me and tell me what you’re taking.” He and his colleagues say omega-3 fatty acids are consumed by about a fifth of Americans with cancer – usually through fish oil. Fish oil is often sold in capsules for about $10 or $11 for 100 pills. The researchers had previously found that even a small amount of two fatty acids reduced the effectiveness of chemotherapy in mice with cancer. These fatty acids may ultimately enable cancer cells to repair themselves faster after chemotherapy, Voest said. When his team looked for the two fatty acids in six fish oil supplements, one was not detected but the fatty acid called 16:4(n-3) was ubiquitous. The researchers also surveyed 400 people receiving treatment for cancer in November 2011. Of 118 people who returned the surveys, 35 percent reported using nutritional supplements and 11 percent reported using omega-3 fatty acid supplements. In another part of the study, the researchers then had 30 volunteers without cancer take 10 or 50 milliliters (mL) of the three fish oil supplements. Levels of 16:4(n-3) peaked in their blood about four hours after taking the 10 mL supplements; levels returned to normal after about eight hours. Levels of the fatty acid remained elevated longer among those taking 50 mL. Furthermore, when 20 volunteers ate mackerel or herring, levels of 16:4(n-3) in their blood went up. Eating salmon or tuna had little or no effect, however. The researchers conclude that until more is known, people on chemotherapy should avoid fish oil - and herring and mackerel - the day before and after their treatments. They note that the Dutch Cancer Society and the Dutch National Working Group for Oncologic Dieticians recommend that people receiving chemotherapy avoid fish oil around the time of treatment. “It’s an intriguing observation, which warrants further investigation,” said Dr. Powel Brown, chairman of the Department of Clinical Cancer Prevention at the University of Texas M.D. Anderson Cancer Center in Houston. “In general, when giving chemotherapy, we discourage the use of additional supplements,” said Brown, who wasn’t involved with the study. “It’s very well known that some supplements affect the metabolism of chemotherapy.” Voest said the study’s conclusions are a bit circumstantial, but it would be very difficult to conduct a trial to confirm the findings. For example, it would be unethical to randomly give patients fish oil during chemotherapy to see if it makes their treatment less effective. People should be cautious about going overboard with avoiding all omega-3 fatty acids, because they're an essential part of the diet that the body can’t make on its own, said Stacy Kennedy, an expert on oncology nutrition at the Dana-Farber Cancer Institute in Boston. Flaxseed, chia seeds and walnuts are also sources of omega-3 fatty acids. “I think it’s important to have those detailed conversations with your doctors and dieticians to weigh the risk and benefits of any over-the-counter medication, supplements and powders,” said Kennedy, who also wasn’t involved in the study. - Reuters