Is "Game of Thrones" aiding the global debate on climate change? 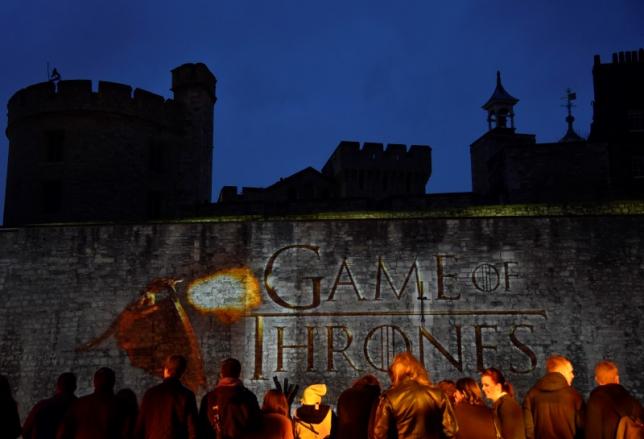 Is "Game of Thrones" aiding the global debate on climate change?

LONDON - In the continent of Westeros in the hit television series "Game of Thrones", humankind is coming under threat from a zombie-like race from the north - but also from an ominous impending winter. While fans of the fantasy drama watched by almost 20 million people may be mesmerised by the White Walkers and power struggles for the Iron Throne, a growing number of U.S. bloggers think the show could also be a way to make the threat of climate change more vivid to a wide audience, a new study suggests. Manjana Milkoreit, a research fellow at Arizona State University, says U.S. bloggers, among them "scientists, science communicators and geeks", are using "Game of Thrones" to trigger public discussion about the dangers of global warming. The HBO show is the latest in an expanding genre of TV shows, films and novels that touch on the genre of climate change fiction, or "cli-fi." "Climate change can be a scary and overwhelmingly difficult topic that people want to avoid," Milkoreit told the Thomson Reuters Foundation in a telephone interview. "(But some bloggers) want to help people become engaged in climate change by showing that it can be fun by talking about it in terms of the show and how there are actually solutions to solve this global problem." While climate worries in the fictional Westeros might seem irrelevant to the uninitiated, the blogs have triggered some lively online debates in the United States about the consequences of global warming. Milkoreit, a sustainability fellow, found six blogs in 2013 focused on the climate in "Game of Thrones" - and that increased to eight blogs last year. She expects the fifth series of the show, that is just starting, to prompt further discussions. She said the blogs draw parallels between the responses of the fictional people of Westeros to the looming threat of winter and the response to climate change in the real world - something helpful in explaining the complex world of climate change and politics. FANTASY OR FOUNDED FEARS? The White Walkers for example, a mythical race with magical powers elated to ice and cold, are portrayed by some bloggers as representing the threat of climate change. Meanwhile, some observers have suggested that the Night's Watch, a military order dedicated to guarding an immense ice "Wall" to block northern invaders, represents scientists warning about impending problems. The links to climate change in "Game of Thrones" might not be as evident as in films such as "The Day After Tomorrow" - when a huge superstorm sets off catastrophic natural disasters globally - and "Snowpiercer" - based in a post-apocalytpic ice age - which focus more directly on climate change. Academics disagree on how well such films portray the problem and spur understanding of it or action from viewers. Elizabeth Trobaugh, who teaches a class on climate fiction in popular culture at Holyoke Community College in Massachusetts, believes they help the cause. "For many movie-goers, these climate fiction films might just be action films, but for many they are raising awareness and interest in the air," she said. But Ted Howell, who teaches a climate fiction class at Temple University in Philadelphia, said film-goers may be getting the wrong idea about what climate change looks like. "Some people think (climate change) is going to be this massive tidal wave or giant snowstorm, but it's actually slower than that," he said. Finding the right balance between an entertaining storyline and science can be difficult but in trying to bring about effective action on climate threats it is worth pursuing, Milkoreit said. "(The world needs to) engage people with the subject in a way that is fun and doesn't turn them off," she said.