IS threat pushes Afghanistan out of US priority list 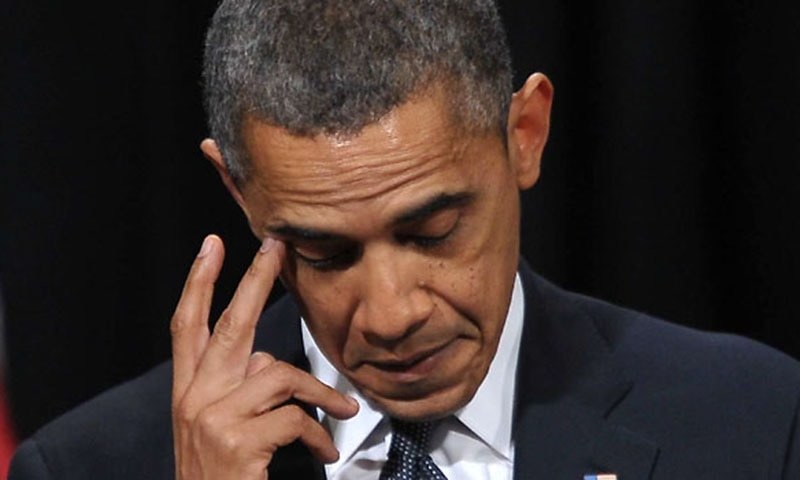 IS threat pushes Afghanistan out of US priority list

WASHINGTON: The war against the Islamic State militants has pushed Afghanistan out as US President Barack Obama seeks congressional authorisation to use military force against the IS militants. The first indication that the focus has moved away from Afghanistan to the Islamic State came earlier this week when Nato ministers met in Brussels to discuss their strategy for 2015. And for the first time in 13 years, Afghanistan was not on their agenda. White House spokesman Josh Earnest told a news briefing in Washington that the Obama administration would request Congress to authorise the use of military force against the Islamic State terrorists. The United States has been carrying out air strikes against the IS militants since August last year. The administration, however, has used an authorisation Congress gave to former president George W. Bush on Sept 11, 2001, to carry out these attacks. The decision to seek a fresh authorisation shows that the Obama administration may increase its military operations against the militants. The new security strategy that President Obama sent to Congress earlier this week, also underlined the change of focus from Afghanistan to the Middle East and North Africa. “In Afghanistan, we have ended our combat mission and transitioned to a dramatically smaller force focused on the goal of a sovereign and stable partner in Afghanistan that is not a safe haven for international terrorists,” Mr Obama informed Congress. He also told the lawmakers that the United States had ended its combat mission in Afghanistan and now planned to keep “a dramatically smaller force” there. The goal of the new strategy, Mr Obama said, was strengthening “a sovereign and stable partner in Afghanistan,” capable of defending itself instead of depending on US-Nato ground forces. But the same strategy advocates a different approach in the fight against the IS militants. “We are leading over 60 partners in a global campaign to degrade and ultimately defeat the Islamic State of Iraq and the Levant (ISIL) in Iraq and Syria,” it declares. The US and its allies were also “working to disrupt the flow of foreign fighters to those countries, while keeping pressure on Al Qaeda,” it adds. But the strategy makes it clear that even while combating new threats, the United States is not going to rely on the old approach of sending large military forces to a particular area to combat terrorists. “We have drawn from the experience of the last decade and put in place substantial changes to our efforts to combat terrorism, preserving and strengthening important tools that have been developed since 9/11,” it says. The Obama administration declares that it has “shifted away from a model of fighting costly, large-scale ground wars” in which the United States — particularly its military — bore an enormous burden. Instead, the US is now pursuing a more sustainable approach that “prioritises targeted counter-terrorism operations, collective action with responsible partners, and increased efforts to prevent the growth of violent extremism and radicalisation that drives increased threats,” says the strategy paper. A new top priority in the new strategy is that of “disrupting the unprecedented flow of foreign terrorist fighters to and from conflict zones” to the West. It also emphasises the need to win hearts and minds by addressing the underlying conditions that foster violent extremism such as poverty, inequality, and repression. Instead of sending its own troops, the US will “help build the capacity of the most vulnerable states and communities to defeat terrorists locally,” says the strategy paper. Report