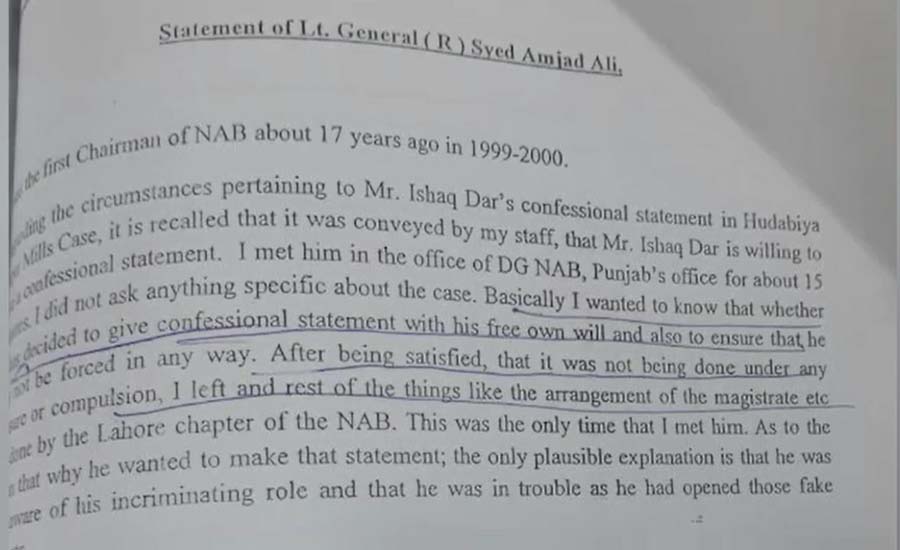 92 News has obtained the copy of the former NAB chairman’s statement before the six-man panel formed to probe Prime Minister Nawaz Sharif in Panamagate case.

Gen (r) Amjad told the JIT that Ishaq Dar had given confessional statement without any pressure.

According to the former NAB chairman, the staff told him that the finance minister wanted to record confessional statement, adding that he met Dar in the office of NAB Punjab Director General.

Gen Amjad said that he also met Qazi family in London after Dar’s statement but they expressed unawareness regarding opening of accounts. The Qazi family said that they had not visited Pakistan when the accounts were opened, he added.