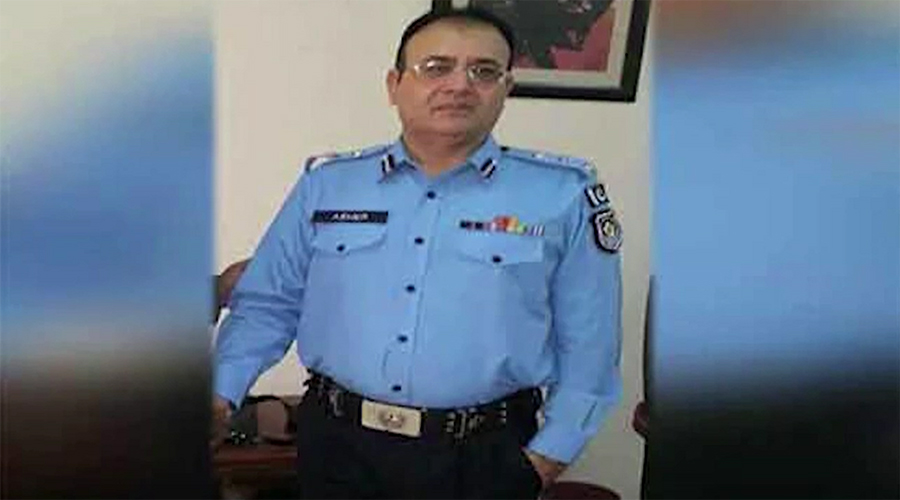 LAHORE (92 News) – Islamabad AIG Asher Hameed, who was mysteriously found dead in his house, was laid to rest in Miani Sahib Graveyard on Saturday. A large number of his relatives and police officials, including IG Punjab Mushtaq Sukhera, attended his funeral. The body was brought to his residence at Johar Town. It is being feared that he died of heart attack and an injury to below his right eye. According to doctors, Asher Hameed was suffering from depression and using anti-depressant medicines. They said his facial bone broke after being hit by a forceful thing.