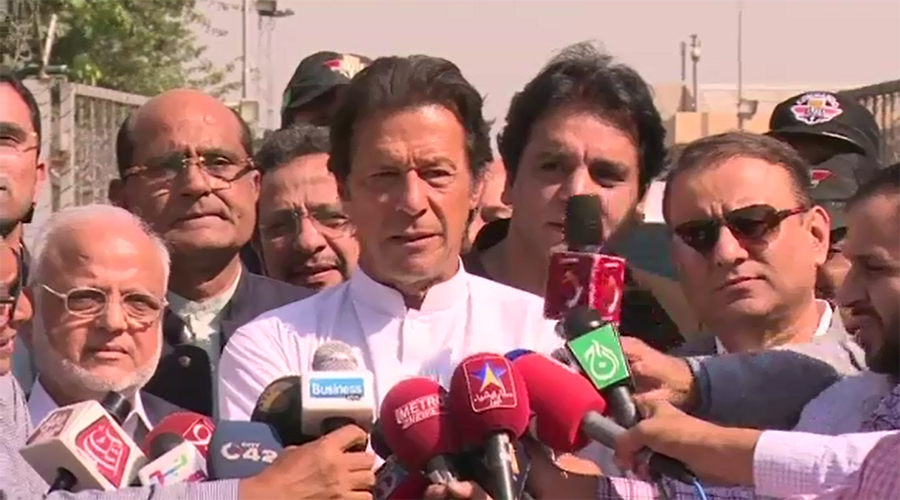 LAHORE (92 News) – Pakistan Tehreek-e-Insaf (PTI) chairman Imran Khan reached Lahore on Saturday. Talking to media at Lahore Airport, Khan said that the date of Islamabad march will be finalized tomorrow. The date of the sit-in can be either two or three days early or later. The selfish people will not participate in the sit-in, he said. If the prime minister has not done anything wrong, he should present himself for accountability. The prime minister had announced that he will present himself for accountability but either he declares CPEC in danger or moves around. The people beside Nawaz Sharif are taking advantage of the corrupt system, he further said. “When the democratic institutions fail to provide justice, the nation has no other option but to protest on roads,” the PTI chairman said. There would be a flood of people in the march. The people are watching the thief stealing money and the stolen money going abroad. There would be a reaction if the government resorts to baton charge, he added.