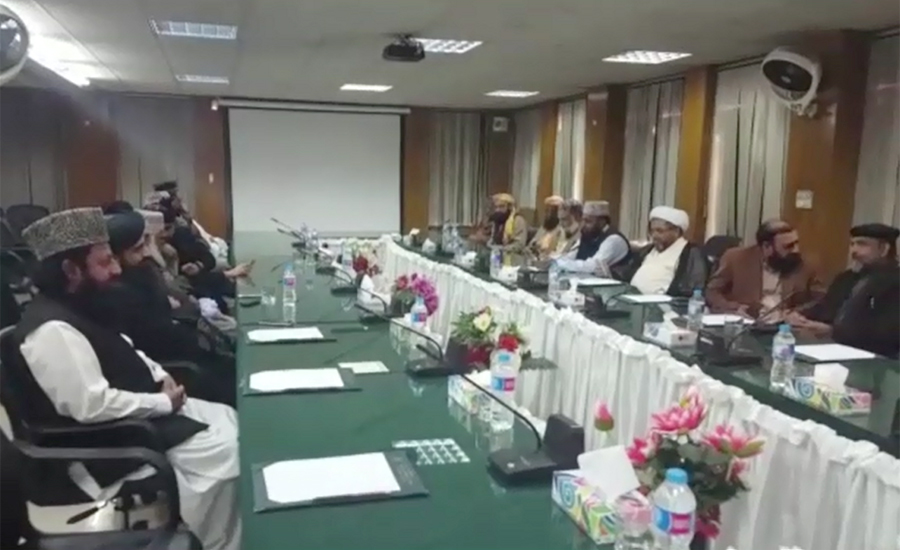 ISLAMABAD (92 News) – The people involved in making a change to the Khatm-e-Nabuwwat section should be made public. This was demanded by Ulema and ‘Mushaikh’ in a joint declaration after an urgent meeting of the Ministry for Religious Affairs on Monday. The meeting also agreed to form a committee led by Pir Hussainuddin to find out a solution to the issue. Talking to the media, Interior Minister Ahsan Iqbal said that the Khatm-e-Nabuwwat Law is strong and effective until the doomsday. “There is no leniency in the law,” he said. He said that the country cannot afford unrest. “We are trying to find a peaceful solution to the issue,” he added. On the other hand, an important meeting was held at Punjab House that also ended inconclusively. Talking to the media after the meeting, Railways Minister Khawaja Saad Rafique said that it is not justified to seek resignation from Law Minister Zahid Hamid. He appealed to the protesters to end the sit-in. Pir Inayatul Haq, a representative from the protesters, said that they are adamant on the demand of the resignation. “Now the ball is in the court of the government,” he said.