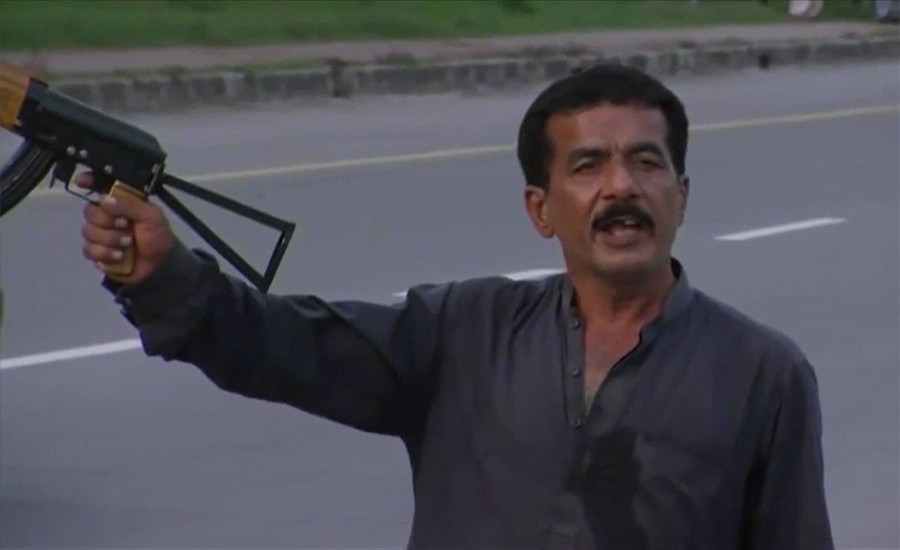 ISLAMABAD (92 News) – The Islamabad High Court (IHC) on Wednesday rejected the plea of Malik Sikandar, the main accused in the 2013 Islamabad standoff, for suspension of his sentence. An Islamabad anti-terrorism court had awarded Sikandar a 16-year term in May 2017. The court also fined him Rs110,000. On August 15, 2013, Sikandar opened fire in the heavily-guarded area of Islamabad after slipping past checkpoints. Armed with automatic weapons and accompanied by his purported wife and two children, demanded the imposition of Islamic law before he was shot and seriously wounded by police during a dramatic standoff. The incident started when Sikandar started firing into the air in the central Jinnah Avenue neighborhood — less than a kilometer from the presidency and parliament buildings — after being stopped for a traffic violation, police had said. The stand-off came to an end when Pakistan People’s Party (PPP) leader Zamarud Khan, who was acting as a negotiator, jumped on Sikandar and tried to disarm him. However, Sikandar broke free and fired at Khan, who escaped the injury, live footage on a private news channel showed. Later, a case was registered against Sikandar under Section 6 of the Anti-Terrorism Act, 1997 at the Kohsar Police Station in Islamabad.