ISLAMABAD (92 News) – The newly-elected first Mayor of the federal capital and three deputy mayors took an oath of their offices on Friday. District and Sessions Judge Irum Niazi administered the oath to Mayor Sheikh Ansar and Deputy Mayors Zeeshan Ali Naqvi, Chaudhry Rifhat Javed and Muhammad Azam. The ceremony was attended by a large number of political workers and high-level officials. 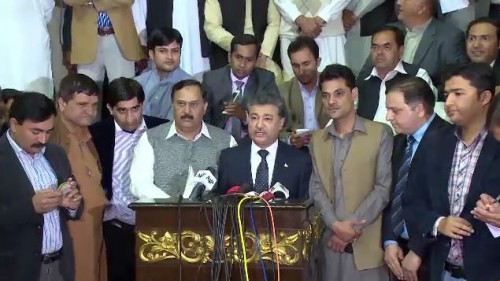