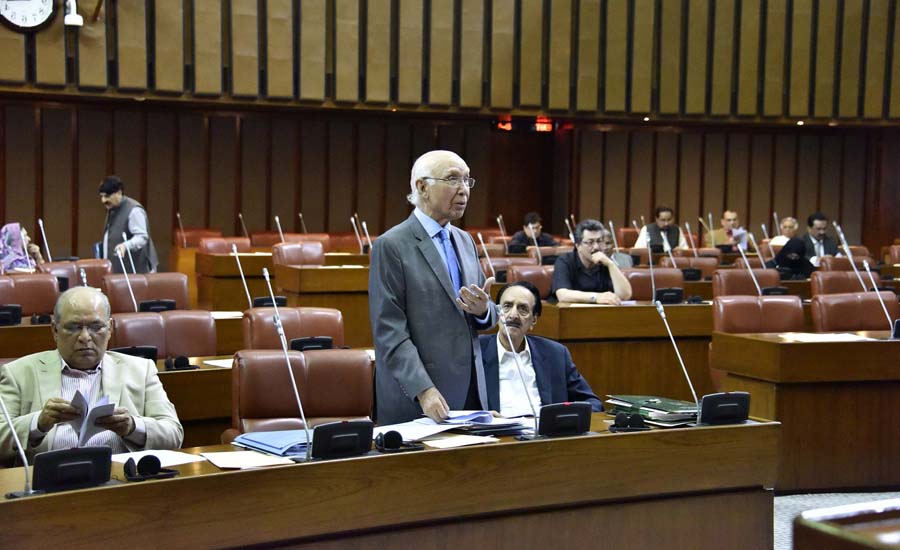 ISLAMABAD (92 News) – Adviser to the PM on Foreign Affairs Sartaj Aziz has said that the Islamic military alliance has not been established so far.

Giving a policy statement in the Senate on Tuesday, he said that neither TORs have been formed nor Raheel Sharif has become its chief so far.

“Currently the training of the anti-terrorism is going on,” he said.

Senator Ilyas Bilour said that Pakistan has no foreign policy. “China is also benefitting from Pakistan,” he maintained.

The PML-N and the opposition members exchanged hot words with each other during the session.

Mushahidullah said that Asif Zardari had said sometime back that Hussain Haqqani is a traitor. “Has Zardari grown up traitors?” he questioned.

At this, the opposition lodged a strong protest.