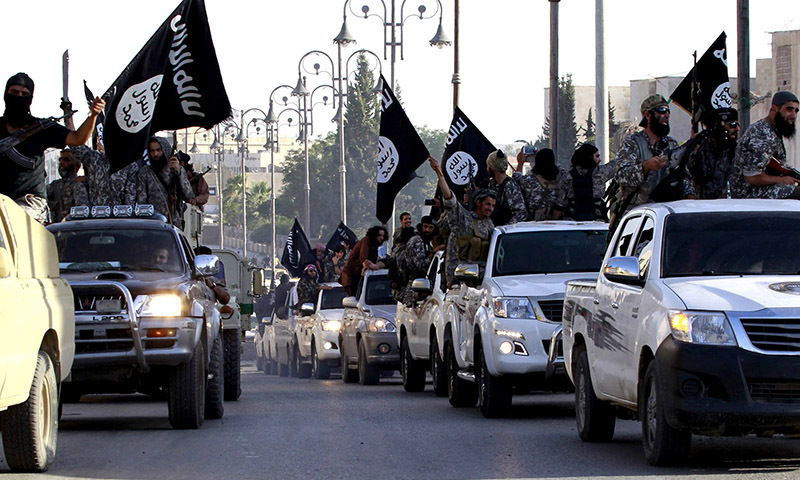 BEIRUT - Islamic State fighters killed at least 37 people in a Syrian village near the city of Hama overnight, a group monitoring the war said, part of a pattern of attacks by the ultra-radical force in government-held areas of western Syria. Syrian state television put the number killed at 44 and said 21 others had been wounded in the attack on Mabouja, a 60-km (40 mile) drive east of Hama. A Syrian military source said the army had repelled the assault on Tuesday. The Syrian Observatory for Human Rights, which uses a network of contacts to monitor the four-year-old civil war, said Islamic State fighters had killed entire families and the dead included people who had been burnt to death. The population includes Alawites and Ismailis -- sects deemed heretical by the puritanical Sunni Islam espoused by Islamic State, said Rami Abdulrahman, who runs the Observatory. Alawites, Ismailis and Sunni residents were among the dead, he said. The area is some 200 km from Raqqa -- the de facto capital of the Islamic State's self-declared caliphate that spans territory in both Syria and Iraq. It is part of the western region where Syrian President Bashar al-Assad has sought to shore up his control. Assad, an Alawite, enjoys backing among many members of Syrian minority communities who fear hardline Islamists. Islamic State fighters have mounted numerous attacks in government-held areas in the provinces of Hama and Homs in recent weeks, even as it has lost ground in the north and northeast under pressure from a Kurdish militia backed by U.S.-led air strikes. The military source said: "Daesh tried to attack the village, and this attack was repelled, and a large number of Daesh terrorists were killed. And now the Syrian army is imposing its control over the village." Daesh is an Arabic name for Islamic State. "Daesh is making a lot of attempts (to advance) east of Hama. It is trying a lot in that area, particularly after its loss in Shaar field," he said, referring to a gas field in Homs province reclaimed by the government in recent months. Islamic State has been moving westwards across Syria and fighters say they plan to take Salamiya, a town east of Hama city before taking control of the provincial capital itself. - Reuters