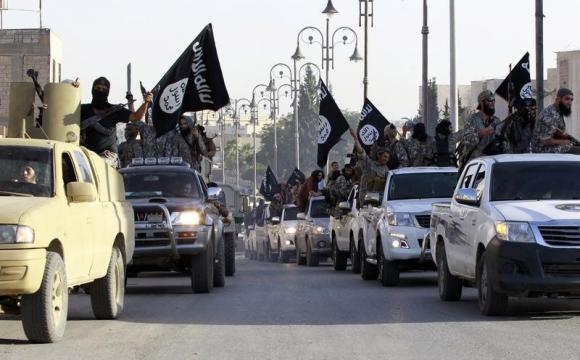 AMMAN (Reuters) - Islamic State militants have abducted at least 150 people from Assyrian Christian villages in northeastern Syria they had raided, Christian Syrian activists said on Tuesday. A Syrian Christian group representing several NGOs inside and outside the country said it had verified at least 150 people missing, including women and the elderly, who had been kidnapped by the militants. "We have verified at least 150 people who have been adducted from sources on the ground," Bassam Ishak, president of the Syriac National Council of Syria, whose family itself is from Hasaka, told Reuters from Amman. Earlier the British-based Syrian Observatory for Human Rights said 90 were abducted when the militants carried out dawn raids on rural villages inhabited by the ancient Christian minority west of Hasaka, a city mainly held by the Kurds. The United States condemned the attacks in Hasaka and called for the immediate and unconditional release of the civilians taken captive. The State Department said hundreds of others remain trapped in villages surrounded by Islamic State fighters in violence that has displaced more than 3,000 people. "ISIL’s latest targeting of a religious minority is only further testament to its brutal and inhumane treatment of all those who disagree with its divisive goals and toxic beliefs," spokeswoman Jen Psaki said in a statement, using an acronym for Islamic State. Psaki added that Syrians are also threatened by President Bashar al-Assad's intensified bombings and air strikes in an "unrelenting campaign of terror." Syrian Kurdish militia launched two offensives against the militants in northeast Syria on Sunday, helped by US-led air strikes and Iraqi peshmerga. This part of Syria borders territory controlled by Islamic State in Iraq, where it committed atrocities last year against the Yazidi religious minority. Islamic State did not confirm the kidnappings. Supporters posted photos online of the group's fighters in camouflage attire looking at maps and firing machine guns. The website said the photos were from Tel Tamr, a town near where the Observatory said the abductions occurred. Many Assyrian Christians have emigrated in the nearly four-year-long conflict in which more than 200,000 have people have been killed. Before the arrival of Kurds and Arab nomadic tribes at the end of the 19th century, Christians formed the majority in Syria's Jazeera area, which includes Hasaka. Sunday's offensive by Kurdish YPG militia reached within five km (3 miles) of Tel Hamis, an Islamic State-controlled town southeast of Qamishli, the Observatory said. At least 14 IS fighters died in the offensive, in which Assyrians fought alongside Kurds, it added. Eight civilians were also killed in heavy shelling by the Kurdish side, which seized several Arab villages from Islamic State control. Last year, Islamic State fighters abducted several Assyrians in retaliation for some of them fighting alongside the YPG. Most were released after long negotiations. RELIEVING PRESSURE Military experts said militants were trying to open a new front to relieve pressure on Islamic State after several losses since being driven from the Syrian town of Kobani near the border with Turkey. "Islamic State are losing in several areas so they want to wage an attack on a new area," said retired Jordanian general Fayez Dwiri. Since driving IS from Kobani, Kurdish forces, backed by other Syrian armed groups, have pursued the group's fighters as far as their provincial stronghold of Raqqa. A resident of Hasaka, jointly held by the Syrian government and the Kurds, said hundreds of families had arrived in recent days from surrounding Christian villages and Arab Bedouins were arriving from areas along the border. "Families are coming to Hasaka seeking safety," said Abdul Rahman al-Numai, a textile trader said by telephone.