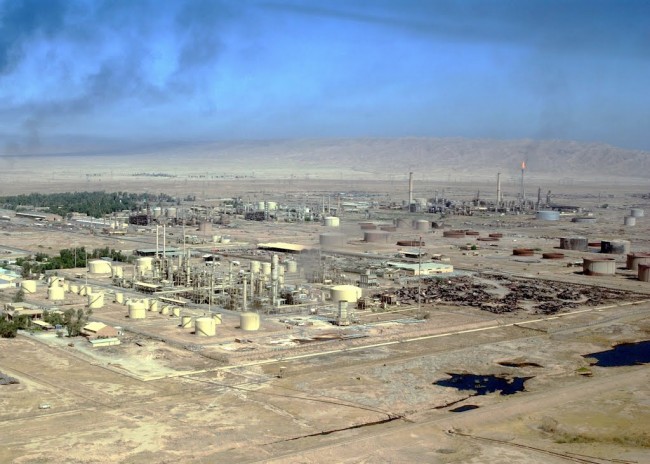 BAGHDAD - Islamic State militants breached the security perimeter around Iraq's largest refinery in Baiji early on Monday but were beaten back by security forces and coalition air strikes, local officials said. The refinery was under siege for five months after Islamic State militants tore through Iraq last summer. Security forces drove the militants out of the nearby town of Baiji in November. They subsequently withdrew, leaving a single supply line to the refinery, which the militants cut on Sunday, surrounding the complex once again and setting fire to three oil storage tanks. "The attack that began two days ago on Baiji refinery is the most violent yet," said Salahuddin provincial council member Khazaal Hammad. "They managed to infiltrate the security cordon and enter the refinery (complex). But the security forces and coalition air force have dealt with the advancing militants." Hammad said the situation was under control, although the refinery is within range of fire from outside the perimeter of the complex, which covers an area of around 20 square kilometers. - Reuters