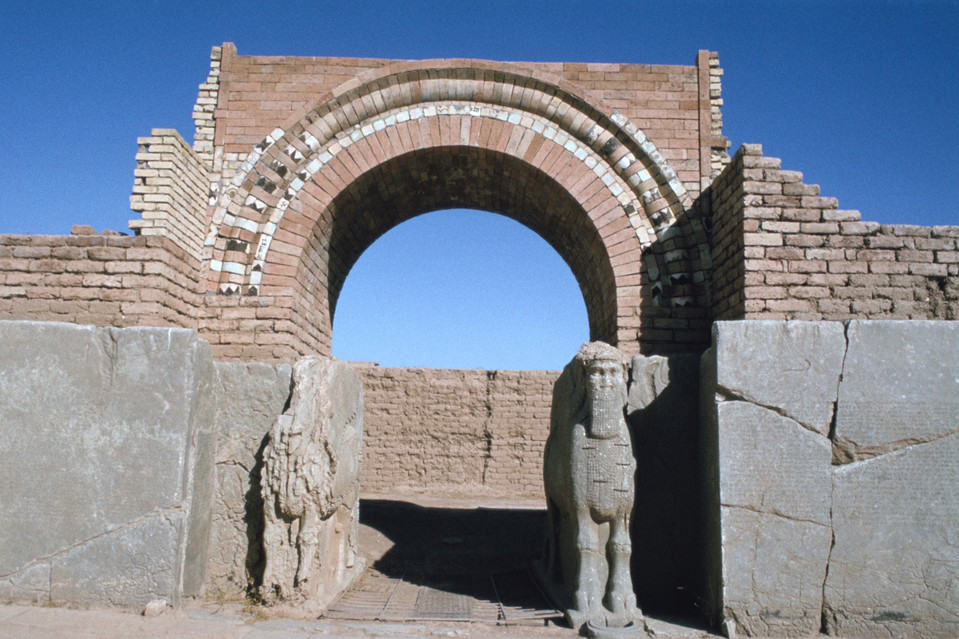 BAGHDAD - Islamic State fighters have looted and bulldozed the ancient Assyrian city of Nimrud, the Iraqi government said, in their latest assault on some of the world's greatest archaeological and cultural treasures. A tribal source from the nearby city of Mosul told Reuters the ultra-radical Sunni Islamists, who dismiss Iraq's pre-Islamic heritage as idolatrous, had pillaged the 3,000-year-old site on the banks of the Tigris river, once capital of the world's most powerful empire. The assault against Nimrud came just a week after the release of a video showing Islamic State supporters smashing museum statues and carvings in Mosul, the city they seized along with much of northern Iraq last June. The United Nations cultural agency UNESCO condemned Islamic State's actions as "cultural cleansing" and a war crime. The government in Baghdad said the fighters were defying "the will of the world and the feelings of humanity." "In a new crime in their series of reckless offences they assaulted the ancient city of Nimrud and bulldozed it with heavy machinery, appropriating archaeological attractions dating back 13 centuries BC," the tourism and antiquities ministry said. Nimrud, about 20 miles (30 km) south of Mosul, was built around 1250 BC. Four centuries later it became capital of the neo-Assyrian empire - at the time the most powerful state on earth, extending to modern-day Egypt, Turkey and Iran. Many of its most famous surviving monuments were removed years ago by archaeologists, including colossal Winged Bulls which are now in London's British Museum and hundreds of precious stones and pieces of gold which were moved to Baghdad. But ruins of the ancient city remain at the northern Iraqi site, excavated by a series of experts since the 19th century. British archaeologist Max Mallowan and his wife, crime writer Agatha Christie, worked at Nimrud in the 1950s. "CULTURAL CLEANSING" "Islamic State members came to the Nimrud archaeological city and looted the valuables in it and then they proceeded to level the site to the ground," the Mosul tribal source told Reuters. "There used to be statues and walls as well as a castle that Islamic State has destroyed completely." Archaeologists have compared the assault on Iraq's cultural history to the Taliban's destruction of Afghanistan's giant Bamiyan Buddha statues in 2001. But the damage being wreaked by Islamic State, not just to ancient monuments but also on some Muslim places of worship, is even more relentless and wide-ranging. "This is yet another attack against the Iraqi people, reminding us that nothing is safe from the cultural cleansing underway in the country," said UNESCO chief Irina Bokova. "The deliberate destruction of cultural heritage constitutes a war crime," Bokova said, describing Iraq's history as "the heritage of the whole of humanity". Last week's video showed fighters toppling statues and carvings from plinths in the Mosul museum and smashing them with sledgehammers and drills. It also showed damage to a huge statue of a bull at the Nergal Gate into the city of Nineveh. Archaeologists said it was hard to quantify the damage; although some items appeared to be replicas, many priceless articles had been destroyed including artefacts from Hatra, a stunning pillared city in northern Iraq dating back 2,000 years. Iraq's senior Shi'ite cleric, Ayatollah Ali al-Sistani called on the country's deeply divided religious and ethnic groups to come together to fight Islamic State. "Day after day, the need is proven for everyone to unite and fight this ferocious organisation that spares neither man nor stone," Sistani said in a Friday sermon delivered by an aide in the southern city of Kerbala. Iraqi forces and Shi'ite militia supported by Shi'ite Iran have launched an offensive to drive Islamic State from the northern city of Tikrit and could move on Mosul later this year. A U.S.-led coalition is also mounting air strikes against the fighters. Iraqi officials said last week that Islamic State had kept many artefacts to sell to antiquities smugglers and raise revenue. A prominent politician from Iraq's Assyrian Christian community, some of whose members still speak the Aramaic language of Jesus, told Reuters on Friday that the destruction at Nimrud was aimed at covering up the fact that the militants had stolen and sold many pieces. Yonadam Kanna described them as "an ignorant, backward gang that seeks to erase the collective memory of Iraq and its culture and heritage". Modern day Iraq was one of the birthplaces of civilisation, with agriculture and writing pioneered on the banks of the Tigris and Euphrates rivers more than 5,000 years ago. Many of the cities and empires mentioned in the bible's Old Testament were in what is now northern Iraq. In the south, sheltered from Islamic State depredation but still damaged by years of conflict and theft, lie Babylon - site of Nebuchadnezzar's Hanging Gardens - Ur, birthplace of the Biblical patriarch Abraham, and the imperial capitals of Arab and Iranian empires in Samarra, Baghdad and Ctesiphon. Islamic State, which rules a self-declared caliphate in north Iraq and eastern Syria, promotes a fiercely purist interpretation of Sunni Islam, rejecting religious shrines of any sort and condemning Iraq's majority Shi'ites as heretics. In July it destroyed the tomb of the prophet Jonah in Mosul. It has also attacked Shi'ite places of worship and has ordered non-Muslims to convert, pay a tax or face the sword. –Reuters