LAHORE (92 News) – Pakistan have whitewashed Sri Lanka, winning third and final T20 International by 36 runs in Lahore on Sunday. Sri Lanka won toss and elected to field first in the third and final match of T20 international series at Gaddafi Stadium. Batting first, Pakistan scored 181 for 3 in stipulated twenty overs. Malik hit 51 off 24 balls. He smashed five fours and two sixes in his inning. Chasing a target of 181 in Lahore, Sri Lanka slumped to 144 for 9 in 20 overs. Mohammad Aamir picked four wickets. The match carries special significance for Pakistan as it heralds return of international cricket to the country after eight years. Pakistan made two changes to the XI that narrowly defeated Sri Lanka in Abu Dhabi on Friday. At the top of the order, Ahmed Shehzad makes way for Umar Amin, while fast bowler Mohammad Amir returns to the attack in place of Usman Khan. Amir has not played since the Test series; he was ruled out of one-day series with shin injury. 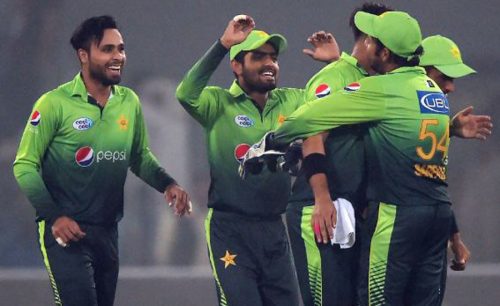 Sri Lanka, meanwhile, have made one change. Batsman Ashan Priyanjan is replaced by left-arm spinning allrounder Chaturanga de Silva. Sri Lanka were the first top eight team to visit Pakistan, eight years after they were the last - caught up in a deadly attack by militant gunmen outside Gaddafi stadium in Lahore. The attack sent Pakistan into sporting isolation, with Sri Lanka abandoning an agreed tour in 2011 after attacks on a naval base in Karachi. "It's nice to be back in Pakistan," said Perera on team's arrival early Sunday. "We will be do our best to give best cricket to the fans." Pace spearhead Mohammad Amir will play for Pakistan at his home ground for the first time in his career. Earlier, the Sri Lanka T20 squad were surrounded by 'extraordinary' security arrangements upon their arrival in Lahore on Sunday morning, for the third T20I at the Gaddafi Stadium. This is the first Sri Lanka team to visit Pakistan since the terror attack targeting Sri Lanka's team bus in Lahore in 2009. The side, which flew in from Abu Dhabi, was escorted to the team hotel in a bomb-proof bus. The routes from the Allama Iqbal Airport in Lahore were virtually sealed off with armed police deployed along the 14 km route. The streets leading to Mall Road were also deserted as the team was flanked by a large convoy of police commandos. The arrangements were similar to the security protocol followed for a presidential visit. 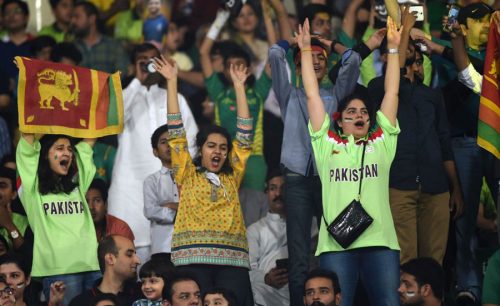