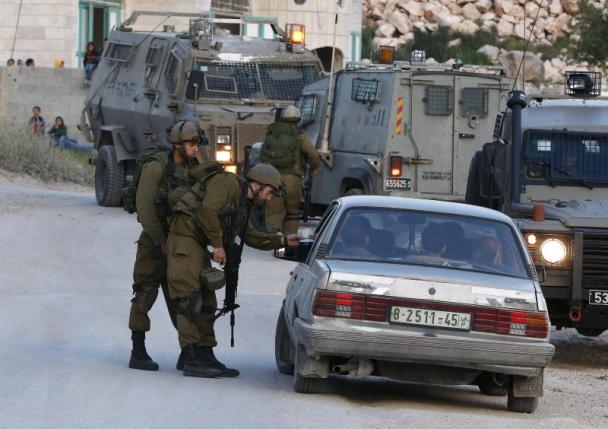 JERUSALEM - Israel poured troops into a Palestinian village in occupied land on Thursday in search for a man reported missing, then found him unscathed at a nearby Jewish settlement and accused him of having staged an abduction, police and military spokesmen said. Police spokeswoman Luba Samri said the man, Niv Asraf, and an unidentified friend who sparked a crisis by telephoning police a phoney emergency call would face investigation. The military launched hours of house-to-house searches in a village near the West Bank city of Hebron where Asraf, 22, was said to have disappeared while looking for a wrench to fix a flat tyre. "Initial indications of abduction were proven false," the army said later in a statement, after police said Asraf had been found camping in a riverbed in the Kiryat Arba settlement. Israeli media said Asraf was from southern Israel. The searches were the most widespread by Israeli forces in the territory since a June dragnet for three abducted Israeli teens whose bodies were found two weeks later in the same area, near the West Bank city of Hebron. The teens' deaths and the revenge killing of a Palestinian youth in Jerusalem were part of a chain of events that led to last summer's 50-day Gaza war. - Reuters