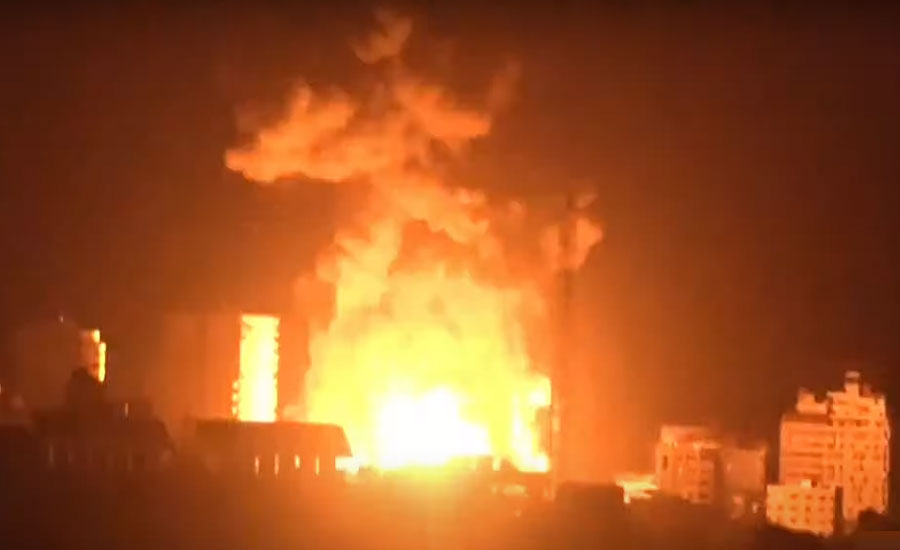 GAZA/JERUSALEM (Reuters) – Israel launched dozens of air strikes in Gaza and the Hamas militant group kept up its rocket attacks on Israeli cities in fighting that spilled into a second week on Monday.

International calls mounted for a ceasefire, but there was no sign of any imminent end to the most serious hostilities between Israel and Gaza's ruling Hamas Islamists in years.

Roads, security buildings, militants' training camps and houses were bombed in Israeli attacks that seemed to be focused on Gaza City, witnesses said. The sound of explosions echoed in many part of the Palestinian enclave overnight.

The Israeli military said fighter jets struck "terror targets", after rocket barrages from Gaza were fired at the Israeli cities of Beersheba and Ashkelon just after midnight.

There were no immediate reports of casualties on either side of the border.

World concern had already deepened after an Israeli air strike in Gaza that destroyed several homes on Sunday and which Palestinian health officials said killed 42 people, including 10 children, and persistent rocket attacks on Israeli towns.

Injecting more urgency into Washington's calls for calm, US Secretary of State Antony Blinken wrote on Twitter: "All parties need to deescalate tensions - the violence must end immediately", after he spoke with Egypt's foreign minister about ongoing violence in Israel, Gaza and the occupied West Bank.

At a meeting on Sunday of the UN Security Council, the United States said it has made clear to Israel, the Palestinians and others that it is ready to offer support "should the parties seek a ceasefire".

Prime Minister Benjamin Netanyahu said Israel's campaign in Gaza was continuing at "full force", and that deterrence had to be achieved to prevent future conflict with Hamas, which rules Gaza.