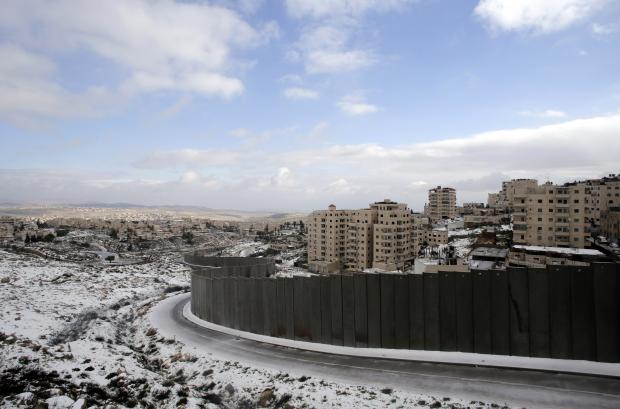 JERUSALEM - Israel's Supreme Court ordered the military on Thursday to draw up new routes for a planned section of Israel's barrier in the occupied West Bank that had threatened to separate a monastery and convent of the same Catholic order. Palestinian legal moves in Israeli courts to block construction of the 1.5-km (1 mile)-long segment in the picturesque wine-producing Cremisan Valley between Jerusalem and Bethlehem began nine years ago. The barrier, as originally planned, would have run between the 19th-century Salesian Monastery and the Salesian Sisters' Convent and School. Plans had also called for Israeli confiscation of privately-owned Palestinian land in the valley. Israel considers the monastery to be within the municipal borders of Jerusalem, a city it regards as its capital, while the convent and school are in the West Bank, where the Palestinian Authority exercises limited self-rule. In its ruling, the court said the military should consider alternative routes that would have a less harmful impact on the monastery and convent and the community they serve. It set no timeframe, other than to advise that a new plan be submitted soon. Israel began building what it terms a "separation fence" in the West Bank in 2002 at the height of a Palestinian uprising in which Israeli cities were rocked by frequent suicide bombings. The International Court of Justice declared the planned 700-km (420-mile)-long barrier illegal in 2004, citing its construction in occupied Palestinian territory. Palestinians dub it an "apartheid wall" and an Israeli attempt to grab land in the West Bank. Israel captured the West Bank, East Jerusalem and the Gaza Strip in a 1967 war, and Palestinians seek to establish a state in those areas. "In practical terms, the (court's) decision means that the separation wall (in the Cremisan Valley) will not be built as planned by the Israeli army," said the Society of St. Yves, a Catholic human rights group under the patronage of the Latin Patriarch of Jerusalem. "The military will have to issue a new order for any future plans to build the wall in the area, whereby the local population can submit a new appeal," the organisation, whose lawyers represented the convent in the case, said in a statement. - Reuters