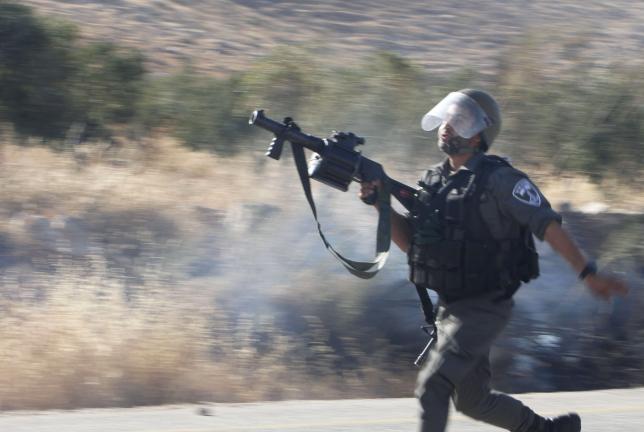 JERUSALEM - Israeli troops shot dead a Palestinian who allegedly 'stabbed an Israeli man' at a petrol station in the occupied West Bank on Sunday along a main highway near Jerusalem, police said. The Israeli 26-year-old civilian was lightly hurt and taken to hospital, police spokeswoman Luba Samri said, adding that the Palestinian attacker had come from a village near highway 443, one of two major routes that connect Jerusalem and Tel Aviv. With peace talks stalled since April 2014, grassroots violence has simmered in the West Bank and adjacent East Jerusalem, among the territories Israel captured in the 1967 Middle East war and where Palestinians seek statehood. Last month, suspected Jewish attackers torched a Palestinian home in the West Bank, killing an 18-month-old boy and his father and seriously injuring his mother and brother, an incident that has greatly heightened tensions. Last week, two Israelis were hurt when a petrol bomb was thrown at their vehicle in East Jerusalem, on a turnoff further along the same route where Sunday's attack took place. - Reuters