WASHINGTON (Reuters) - Israeli Prime Minister Benjamin Netanyahu warned the United States on Tuesday against agreeing to a nuclear deal with Iran and working with a country "deeply rooted in militant Islam", saying Tehran "will always be an enemy of America". "If the deal now being negotiated is accepted by Iran, that deal will not prevent Iran from developing nuclear weapons - it will all but guarantee that Iran will get those nuclear weapons - lots of them," he said. In the most anticipated speech to the US Congress by a foreign leader in years, Netanyahu said Iran's regime was "as radical as ever," could not be trusted and the deal being worked out with the United States would not block Iran's way to a bomb "but paves its way to a bomb." "We must all stand together to stop Iran’s march of conquest, subjugation and terror," he said. Earlier, he entered the chamber to a cacophony of cheers and applause, shaking hands with dozens of lawmakers, including House of Representatives Speaker John Boehner, before taking a podium and telling lawmakers he was deeply humbled. At the start of the speech, he sought to defuse the intense politicization of his appearance, which has hardened divisions between Republicans and Democrats over the White House's approach to stopping Iran from obtaining nuclear weapons. He said he was grateful to Obama for his public and private support of Israel, including US military assistance and contributions to Israel's Iron Dome anti-missile system. "I regret that some see my appearance here as political," he said. "I know that no matter which side of the aisle you sit on, you stand with Israel." The speech escalated Netanyahu's campaign against President Barack Obama's Iran diplomacy, putting unprecedented stress on the two leaders' already strained ties. Although given the cold shoulder by the US administration, Netanyahu on Monday offered an olive branch, saying he meant no disrespect to Obama by accepting an invitation to speak to US lawmakers that was orchestrated by the president's rival Republicans. He said the United States should not lift sanctions until Iran "changes its behavior", a comment that could stiffen support among Republicans to maintain US sanctions on Iran or seek to escalate them. “If the world powers are not prepared to insist that Iran change its behavior before a deal is signed, they should at the very least be prepared to insist that Iran changes its behavior before the deal expires,” he said. He added that the drop in oil prices put the United States and other countries in a stronger position to negotiate with Iran. “Iran’s nuclear program can be rolled back well beyond the current proposal by insisting on a better deal and keeping up the pressure on a very vulnerable regime, especially given the recent collapse of the price of oil.” PARTIAL BOYCOTT As many as 60 of the 232 members of Congress from Obama's Democratic Party sat out the address to protest what they see as a politicization of Israeli security, an issue on which Congress is usually united. The absence of so many lawmakers could raise political heat on Netanyahu at home two weeks before an Israeli general election. Many Israelis are wary of estrangement from a US ally that provides their country with wide-ranging military and diplomatic support. Boehner, whose unilateral invitation to Netanyahu triggered the diplomatic storm, said on Tuesday he expected a capacity crowd to hear the speech and played down any divisions. On Monday, Obama appeared to wave off any prospect that the bedrock US alliance with Israel might be ruined by the rancor. Netanyahu, a right-wing politician who has played up his security credentials ahead of a closely contested March 17 election in Israel, has denied his speech would have any design other than national survival. Netanyahu wants the Iranians stripped of nuclear projects that might be used to get a bomb - something Tehran insists it does not want. Washington deems the Israeli demand unrealistic. Under a 2013 interim deal, the United States and five other powers agreed in principle to let Iran maintain limited uranium enrichment technologies. US National Security Adviser Susan Rice argued on Monday that this commitment could not be undone. A deal with Iran is far from guaranteed, given US assessments that more than a decade of carrot-and-stick diplomacy with Iran might again fail to clinch a final accord. The United States and some of its allies, notably Israel, suspect Iran of using its civil nuclear program as a cover to develop a nuclear weapons capability. Iran denies this, saying it is for peaceful purposes such as generating electricity. [caption id="attachment_6314" align="alignnone" width="500"] 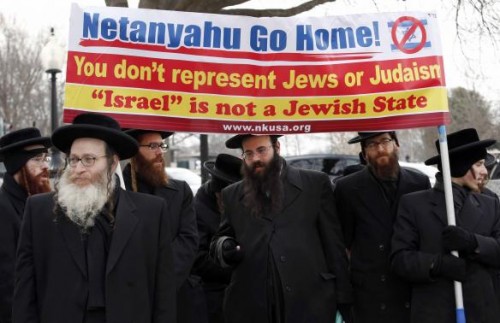 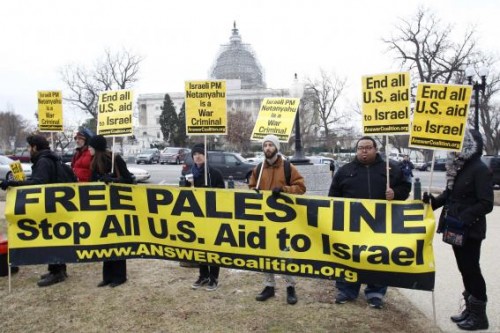