Issues being highlighted by PTM are genuine: COAS 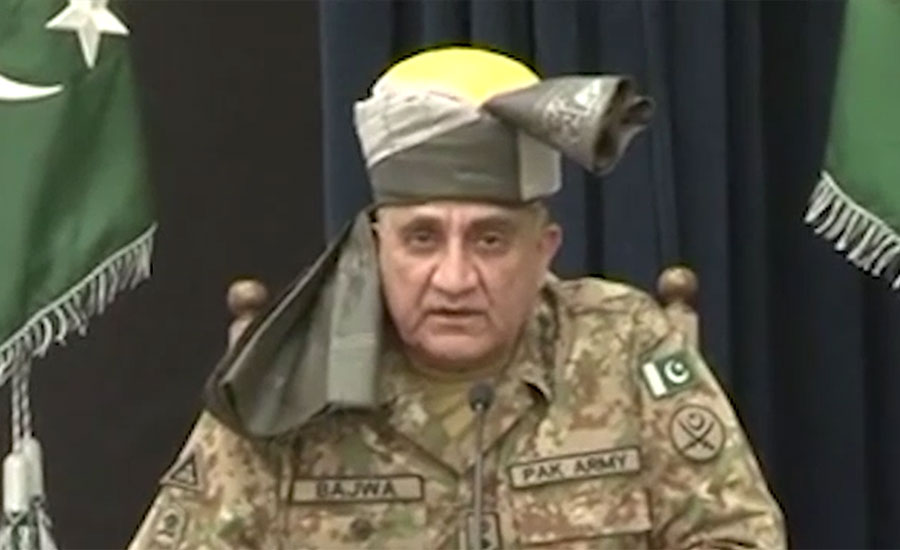 Issues being highlighted by PTM are genuine: COAS

RAWALPINDI (92 News) – Chief of Army Staff (COAS) General Qamar Javed Bajwa visited Peshawar and interaced with the students of various universities of Khyber Pakhtunkhwa on Thursday (today). According to the Inter-Service Public Relation (ISPR), the army chief said Pakistan is blessed with dynamic and talented youth and future of the country belongs to them. He said Pakistani nation and its armed forces have done a great job for fighting against terrorism and its time now to have its dividends through socio economic development in which education is most important. “The progress towards enduring peace through socio economic development comes first and we shall fail all inimical forces and their conspiracies trying to undo our gains,” the COAS said. 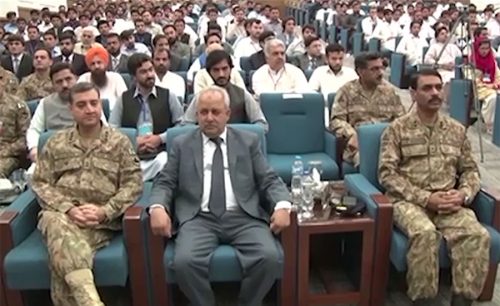 Referring to Pashtun Tahafuz Movement, General Bajwa said PTM itself is not an issue. He said issues being highlighted are genuine and natural in post operation environment. “However, few individuals playing in foreign hands are by design exploiting sentiments of the people, who have actually suffered at the hands of terrorism and now need care,” the army chief said. The army chief said that both the government and the security forces are working to address genuine issues of the tribal people regardless of where they come from.

During his visit, the army chief installed Lieutenant General Aamir Abbasi as Colonel Commandant of the FF Regiment, said the ISPR. 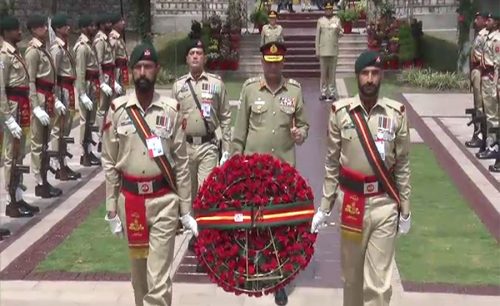 Upon arrival the Gen Qamar Javed Bajwa laid floral wreath at martyr’s monument to pay homage to the martyrs of the regiment. Outgoing Colonel of Frontier Force Regiment Lieutenant General Ghayur Mahmood Awan, large number of serving and retired officers and soldiers attended the ceremony, read the statement. The ISPR further stated that the army chief appreciated the contributions and sacrifices of Frontier Force for the defence of motherland during conventional as well as in war against terrorism.