It's not time to do politics, it's time to support distressed people: PM Shehbaz Sharif It's not time to do politics, it's time to support distressed people: PM Shehbaz Sharif

CHARSADDA (APP) - Prime Minister Shehbaz Sharif on Monday assured that the coalition government would not sit idle until all of the flood-stricken people were rehabilitated, and urged the philanthropists to rise for supporting the distressed countrymen.

The prime minister, talking to the newsmen during his visit to the relief camp established for the flood victims, said the Allah Almighty had blessed the affluent people with great resources which needed to be spent for relief and rehabilitation of the flood-ravaged people.

He urged the philanthropists to arrange food, medicine, clothes or cash for the flood victims as a great service to the humanity as millions of Pakistanis were look towards them.

The prime minister said the flash floods had killed around 242 people in Khyber Pakhtunkhwa and left hundreds of the people injured besides destroying hundreds of thousands of houses.

He also mentioned the crumbled building in Swat, Kalam and Dir areas located at the river banks due to the torrential rains.

He said all including the federal, provincial and regional governments, the Pakistan Army, the National Disaster Management Authority and provincial disaster management authorities had been collectively putting in their efforts for rescue, relief and rehabilitation of the flood victims. 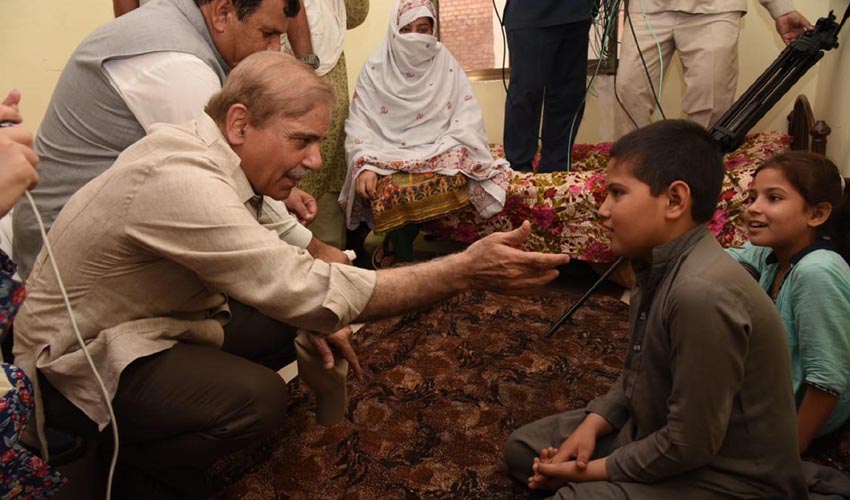 Prime Minister Sharif said the torrential rains and flash floods had affected 33 million people across the country. The troops of the Pakistan Army had rescued around 200,000 people and the rehabilitation of the road infrastructure was also underway by the NDMA and PDMAs.

“This is not the time to do politicking. This is time to support the distressed people for rehabilitation of their houses,” he added. Referring to his interaction with the leadership of Turkey, Iran and UAE, the prime minister said the aid from the friendly countries had started pouring in, besides the assurance from the UK, World Bank, World Food Program and other international organizations.

He said he would visit flood-hit Kohistan, Swat and Dir areas and also hinted at declaring those as calamity-hit areas considering the magnitude of the destruction.

Earlier, the prime minister also visited the relief camp and interacted with the flood-affected people and assured them of the government’s all-out support for their relief and rehabilitation. He also distributed cheques for cash relief assistance among the flood victim families.