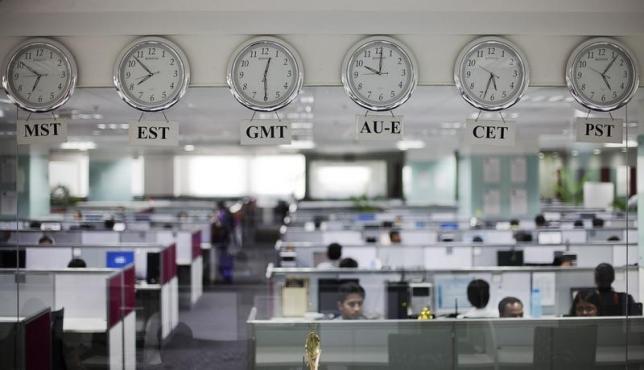 MUMBAI - Indian IT services exports are likely to grow at a slower pace next fiscal year than in the recent past as global clients rein in technology spending, an industry lobby group said on Thursday.

The cutback on routine IT services is likely to push firms including Tata Consultancy Services Ltd and Infosys Ltd to sharpen their focus on high-margin digital services, analytics and artificial intelligence to cushion the impact on earnings.

India's IT and software services export revenue is likely to grow by 10-12 percent in the fiscal year beginning on April 1 to as much as $121 billion, the National Association of Software and Services Companies (Nasscom) said.

Exports in the current fiscal year ending March are estimated to grow 12.3 percent to $108 billion, at the lower end of Nasscom's projection, with digital services seen up 19 percent.

"The pressure of being competitive is forcing companies to increasingly adopt digital technologies and that again presents an opportunity for the industry," the lobby group's president R. Chandrashekhar told Reuters.

The shift towards new services could also trigger a wave of mergers and acquisitions in the sector, after Indian IT companies spent $2.4 billion on digital deals in 2015 - three times higher than the year before, Nasscom said.

"To acquire digital skills companies will have to re-skill employees and acquire new technologies and that is likely to continue," it said.

Including domestic sales, total revenue of the Indian IT sector, which accounts for 9.3 percent of the country's economic output, likely rose 8.3 percent to $143 billion in the fiscal year ending March 31, Nasscom said. -Reuters