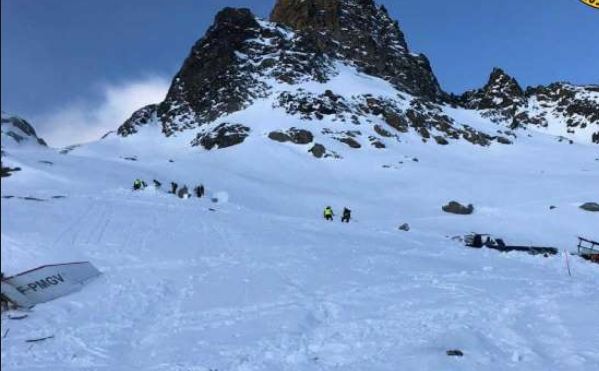 MILAN (Reuters) - Italian rescue workers have found two more bodies after a mid-air collision between a helicopter and a light aircraft in the Italian Alps, bringing the death toll to seven, the alpine rescue corps said. Two bodies were found in the snow far from the wrecks of the two aircraft, a spokesman for the rescuers said. Earlier, the rescue corps posted a video of the Rutor glacier in the Aosta Valley, some 80 km (50 miles) northwest of the city of Turin, showing one of the aircraft partly submerged in deep snow. Two survivors were found .It is not yet clear how the accident happened.