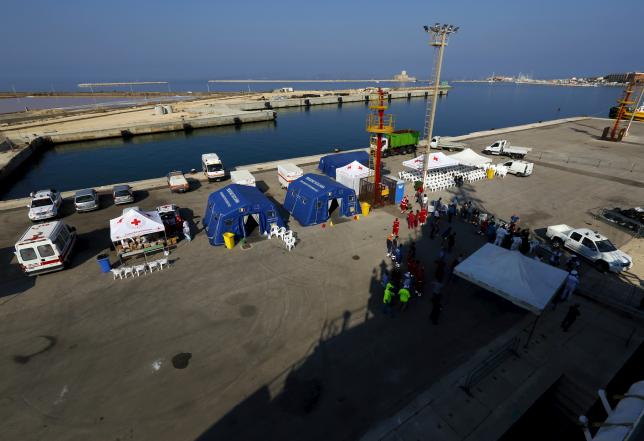 ROME - The Italian navy rescued a boat carrying migrants off the coast of Libya on Tuesday and Italian reports said survivors spoke of as many as 50 others who had been on board but were feared missing. The navy said on Twitter one of its ships, the Fenice, had rescued migrants from an inflatable rubber boat but gave no details or numbers. It said they had been transferred to a coast guard patrol boat. Italian news agencies said about 50 people were rescued and that survivors said as many as 50 others may have been on board before it ran into difficulties and started deflating. The Italian navy could not be reached for comment. A spokeswoman for the coast guard said the rescued migrants were taken to the Sicilian island of Lampedusa. But she said she had no information about what survivors had told rescuers about the number of people on board. Some 200 migrants were presumed killed earlier this month off the coast of Libya when their boat capsized. More than 400 were rescued from that shipwreck. - Reuters