Italy, France agree migrants must be distributed around the EU 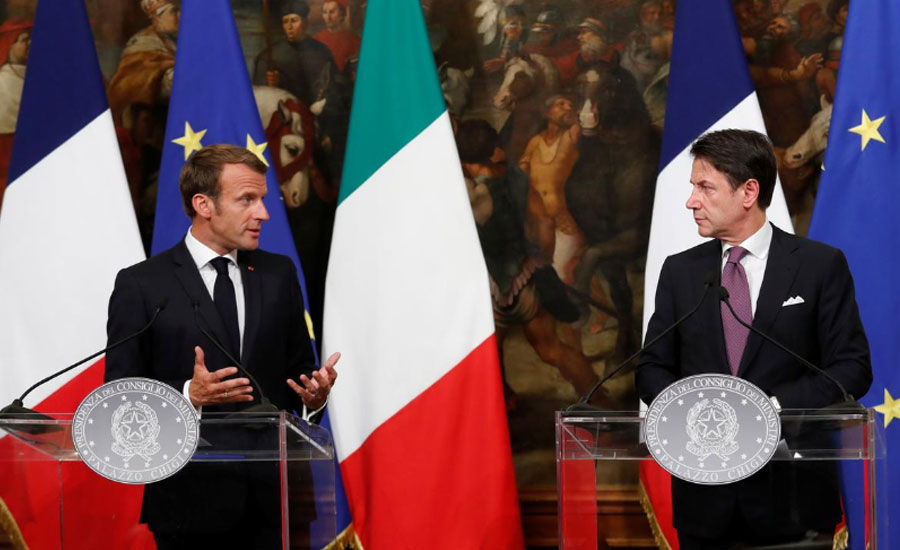 Italy, France agree migrants must be distributed around the EU

ROME (Reuters) - The European Union (EU) must introduce a new, automatic system of taking in migrants saved from the Mediterranean, the leaders of Italy and France said, as they sought to patch up bruised bilateral relations.
Italy has long complained that it has been left alone to deal with the hundreds of thousands of migrants who have crossed the sea in recent years looking for a better life in Europe. The issue has caused particular tensions between Rome and Paris, with Italy complaining that French non-governmental organisations have been instrumental in rescuing migrants but that France has not done enough to help take them in. But French President Emmanuel Macron has leapt on the fact that a new, pro-European government has taken office in Italy to try to reset ties and resolve the long-standing row. “I do not underestimate what Italy has been experiencing since 2015. It has also suffered many misunderstandings and injustices,” Macron told reporters in Rome, standing alongside Italian Prime Minister Giuseppe Conte. “I am convinced that an automatic European mechanism is needed for the reception of immigrants,” he added. Conte said he had received French backing for a system to handle the redistribution of migrants, meaning that Italy could rely on the entire 28-nation bloc to accept automatically a share of all the new arrivals as soon as they were rescued. Macron, speaking through an interpreter, said EU countries that refused to take part in the scheme should be “seriously penalised”. They did not provide further details, saying only that the issue would soon be discussed by EU interior ministers. “The issue of immigration must no longer fuel anti-European propaganda,” Conte said, referring to his previous coalition partner, the far-right League, which has seen its popularity surge thanks to its anti-migrant agenda.

League leader Matteo Salvini, who quit the government last month, enabling the pro-European Democratic Party (PD) to take its place within the cabinet, has accused France of reneging on previous migrant deals and said Conte was being naive. “Conte is being made a laughing stock by Macron,” Salvini told reporters on Wednesday, accusing him of betraying Italy. Relations between Italy and France, traditionally close allies, disintegrated under the previous government, with the then deputy prime ministers Salvini and Luigi Di Maio repeatedly attacking Macron, mostly over immigration. In February, Paris withdrew its ambassador to Rome for the first time since World War Two after Di Maio met members of France’s “yellow vest” movement, which has mounted sometimes violent protests against Macron’s liberal economic reforms. Di Maio subsequently adopted a less hostile approach to France and his 5-Star Movement remains within Conte’s coalition. “The Italian-Franco friendship is indestructible. We do not always agree with each other. We might quarrel or fail to see eye-to-eye. But we always get back together,” said Macron, who is the first EU leader to visit Rome since the new government took office last week. Besides immigration, the two men also presented a united front on another issue that has long been a bone of contention - Libya. Conte said they had agreed to a “joint initiative” and wanted to see a meeting of all the various warring parties in the north African state in yet another attempt to forge peace. Italy has previously accused France of undermining its efforts to end the civil war in Libya, but Macron insisted that the two countries were cooperating closely. “There is a real convergence between France and Italy,” he said.