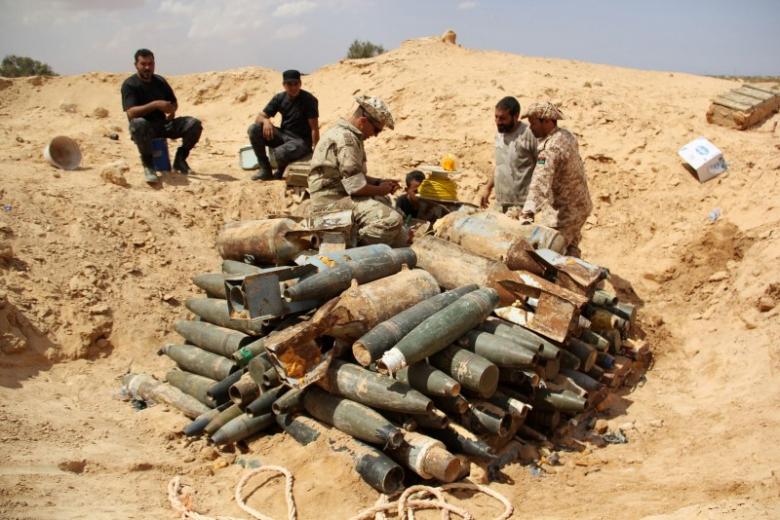 MISRATA - Italy is ready to set up a military hospital and deploy medics, soldiers and support staff in Libya at the request of the United Nations-recognised government in Tripoli, Defence Minister Roberta Pinotti said on Tuesday. A 100-strong "force protection" unit will protect the hospital at the western city of Misrata, which will be staffed by 65 doctors and nurses and 135 support staff. "We are ready," Pinotti told a parliamentary commission on the situation in Libya, which lies less than 500 km (310 miles) from Sicily in southern Italy. Libyan forces aligned with the U.N.-backed government have been facing stiff resistance from holdouts at Islamic State's former stronghold of Sirte for months. Some 400 Libyan soldiers have been killed and about 2,500 injured in the operation to recapture Sirte, and some of the most seriously wounded have been taken for treatment in Italy already, Foreign Minister Paolo Gentiloni told the commission. France, Britain, the United States and Italy have all acknowledged having special military units in Libya, but this would be the first overt troop deployment by a Western nation, albeit for a humanitarian mission. Gentiloni stressed the humanitarian nature of the mission, saying: "We are sending doctors to Libya with the obvious military protection." The process started on Aug. 8, when the U.N.-backed government asked Italian premier Matteo Renzi for help building hospitals and caring for the injured, Pinotti said. Once the project is launched, it would take three weeks for the hospital, complete with 50 beds, to be fully operational, and will work together with the civil hospital at Misrata, Pinotti said, without saying when the operation would start. Gentiloni and Pinotti said progress had been made in Libya in the past nine months, although the seizure over the weekend of oil ports by forces loyal to eastern Libyan commander Khalifa Haftar damaged efforts to stabilise the country. Italy has historic ties to Libya, which it ruled as a colony from 1911 to 1943. Former prime minister Silvio Berlusconi and late Libyan leader Muammar Gaddafi had a cordial relationship. -Reuters