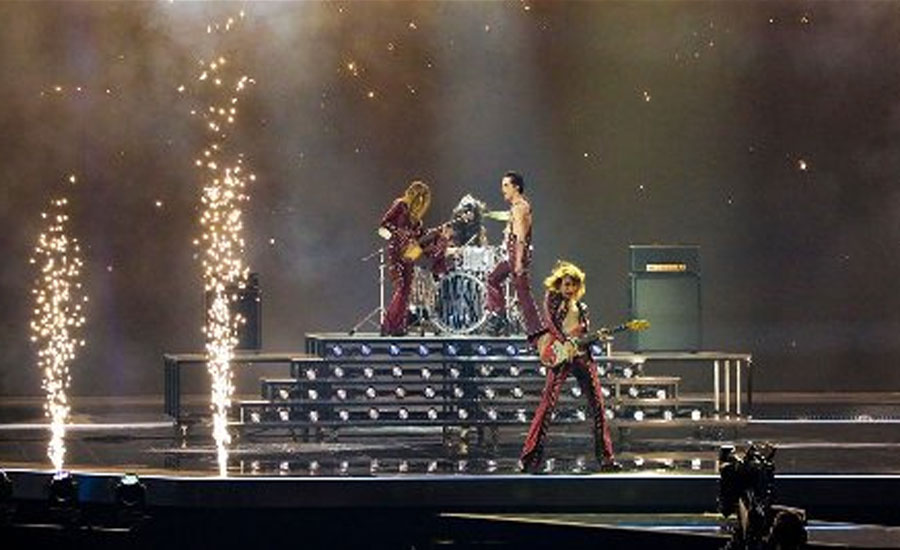 ROTTERDAM (Reuters) — Italy’s entry, glam rock band Maneskin, won the Eurovision song contest, as the world’s most popular live music event was held in the Netherlands after being cancelled last year due to the coronavirus pandemic.

The Italian’s raucous “Zitti E Buoni” beat out professional jury favourites Switzerland and France, sweeping the public vote which counts for half the points.

Before their performance Victoria de Angelis of Maneskin told Reuters the contest would send “a message of hope for the rest of Europe”.

Italy was the favourite with bookmakers and fans before the contest. Eurovision blogger William Lee Adams said its “punch in your face” song seemed the perfect anthem for European fans who have been stuck in lockdown.

“After this past year where we’ve been trapped at home I think a lot of people want that feeling of being at a party and that’s what they’re giving,” he said.

A limited audience of 3,500 attended the concert venue in Rotterdam to watch the performances after undergoing stringent testing for Covid-19.

Because of the travel restrictions most fans present were Dutch and they missed the usually international ambiance of the festival.

“What I don’t really like is that there are no international persons here. Because it’s really the once in the year that you meet up with all your international friends,” Dutch fan Patrick, who did not give his last name, told Reuters outside the venue.

Despite the precautions, several Covid-19 infections were reported during rehearsals and the semi-finals.

Iceland’s Dadi og Gagnamagnid were not able to perform live during the finals, after a band member tested positive for Covid-19. The 2019 winner Duncan also tested positive. For both performances the organisation used pre-recorded back-up versions of the songs.

Most Eurovision fans outside the Netherlands watched from home, and many reached out to friends and online communities to celebrate the event.

The Netherlands is hosted the 65th edition of the contest, which draws a television audience of about 200 million, after Dutch singer-songwriter Duncan Laurence won the 2019 contest in Tel Aviv with the song “Arcade”.