Italy to take some migrants after EU countries offer to help 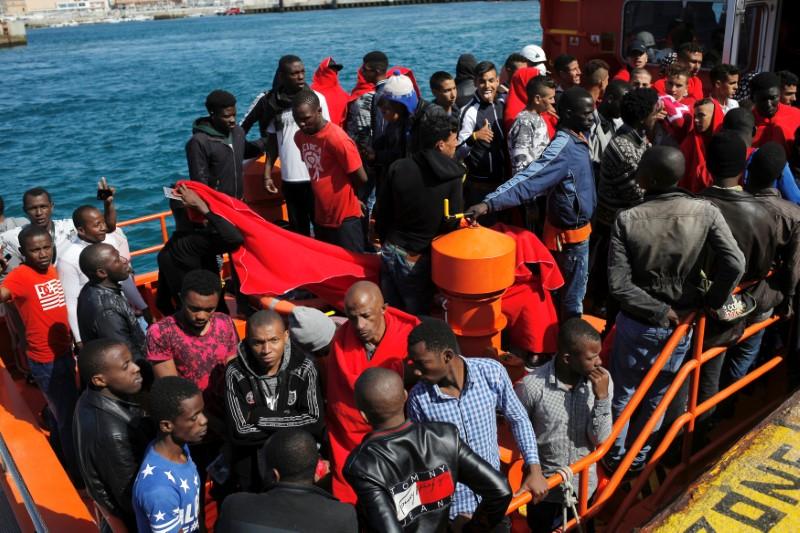 Italy to take some migrants after EU countries offer to help

BERLIN (Reuters) - Italy will allow some migrants to disembark in Sicily from two ships which picked up 450 asylum seekers from an overcrowded boat, Italy’s Interior Minister Matteo Salvini said on TV channel RaiNews24. The minister’s comments came after Germany, France and Malta pledged to host in total 150 migrants from the two ships, responding to a request for help by Italy’s Prime Minister Giuseppe Conte . Conte said in a tweet that Spain and Portugal had also promised to accept 50 asylum seekers each. Salvini, who is also the head of far-right League and a prominent member of the new Italian government, is leading a high-profile campaign to exclude humanitarian rescue ships from Italian ports. He also argues that European countries should find a way to block the migrants before they leave Africa or send boats with asylum seekers back to the ports where they came from, including to Libya’s harbours. Under international law, refugees cannot be returned to a place where their lives are in danger. Both the United Nations and EU have ruled that Libya is not safe. “I am monitoring the situation of two ships travelling in Italian waters... there are 16 mothers and 11 children who will disembark in the next few minutes, hours...,” Salvini told the broadcaster. These are in addition to eight other migrants who landed on the Italian island of Lampedusa . Salvini did not say when the rest of the migrants would be allowed to disembark and when Berlin, Paris, Valletta, Madrid and Lisbon would take the 50 people each, as promised. Other EU countries could join in after Conte sent letters to the heads of state and heads of government of the 27 other EU members asking them to share responsibility for the migrants, who had sailed from Libya. “Spain will take in 50 of the people rescued yesterday in the Mediterranean. This shows our commitment to offer solutions to migration flows and solidarity with the humanitarian drama,” Spanish Prime Minister Pedro Sanchez tweeted. Malta had rejected pressure from Rome to rescue them, but said that it was ready to host 50 asylum seekers. France will take another 50, Conte said in a message posted on his Facebook profile. The Czech Republic, however, refused the request. Czech Prime Minister Andrej Babis tweeted that the country would not accept any of the 450 asylum seekers. Babis reiterated his stance that boats should be stopped and turned back and that migrants should be helped in their countries instead of being allowed into the European Union.