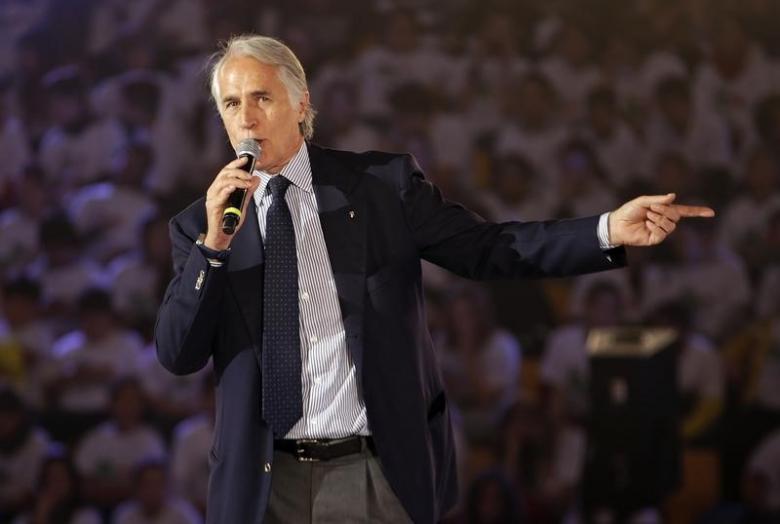 ROME – Italy's Olympic Committee has officially withdrawn its bid to stage the 2024 Games in Rome after the city council voted to oppose the project, committee chief Giovanni Malago said on Tuesday. "Today I wrote a letter to the International Olympic Committee in which we have broken off our candidature for the Olympic Games in 2024," Malago told reporters, ending speculation that he might try to pursue the bid regardless. Rome Mayor Virginia Raggi announced last month that she would not back Malago's drive to put on the sporting extravaganza, saying that staging the Games would bury the Italian capital under piles of debt and tonnes of cement. Raggi's anti-establishment 5-Star Movement in June won a landslide victory to take over in Rome. It had repeatedly flagged its opposition to the hosting the Games, arguing that the chaotic city had more pressing problems. However, Prime Minister Matteo Renzi's government had firmly supported the bid and the broader Rome municipality, which includes an array of small town councils, had indicated it was ready to put its name to the project in an attempt to bypass the 5-Star veto. But Malago, who met Olympic chiefs last week, called a press conference on Tuesday to make clear there was no way forward. His announcement means only Paris, Los Angeles and Budapest are left in the running to stage the 2024 summer games. –Reuters