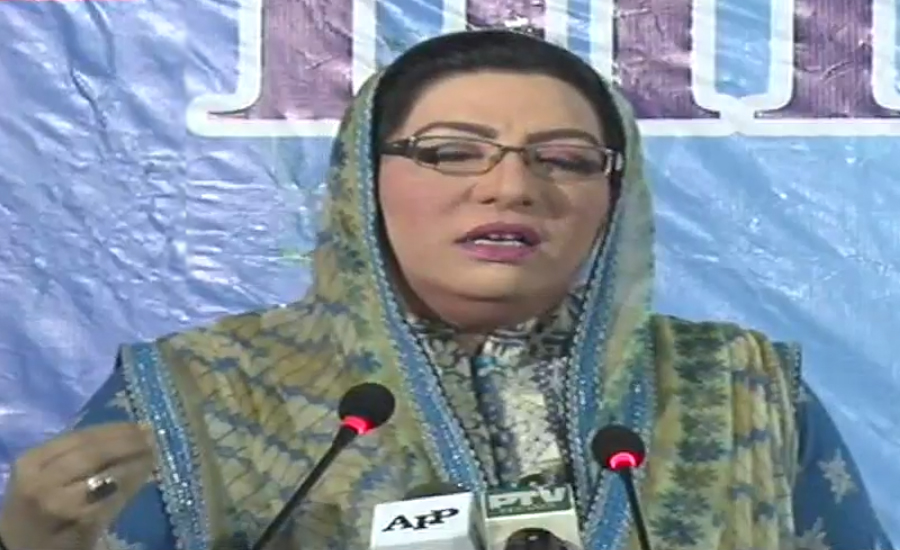 ISLAMABAD (92 News) – Special Assistant to the Prime Minister on Information Firdous Ashiq Awan has said that it is a challenge to highlight the positive image of the country.

Addressing the certificate distribution ceremony of First Professional Management Course of Khyber Pakhtunkhwa Information Department on Thursday, she said that modern technology is vital for raising the media to the international standards. “Foreign investors get disappointed by turmoil in the country,” she said.

The minister said that there is need to improve the role of the media. “The electronic media is being replaced by social and digital media,” she added.

Firdous Ashiq Awan urged the participants of the course to engage with the media persons for accurate dissemination of information.

In a message of felicitation for the newly elected office bearers of Rawalpindi and Islamabad Union of Journalists, Special Assistant to the Prime Minister on Information said government fully believes in the basic constitutional right of freedom of expression.

She said facilitation of the media is a priority of the PTI government.

The special assistant said the government desires for further promotion of active and vibrant media of Pakistan.

She said all possible measures will be taken with consultation of journalist associations for protection of rights of journalists and their welfare.

PML-N promoting Nawaz as if he won world cup in corruption: Firdous

Earlier in a statement,  Special Assistant to Prime Minister on Information and Broadcasting Dr Firdous Ashiq Awan has said that Pakistan Muslim League-N (PML-N) is promoting former premier Nawaz Sharif as if he won a world cup in corruption.

She said that no society sends a convicted offender to jail with such grandeur. She also said that Nawaz Sharif should not be promoted with such a great honour because he is not a suspect but a criminal who was sentenced to jail by the Supreme Court of Pakistan.

“It is unfortunate to see that a convict is going back to jail with such pump and show by his party. In civilized societies convicted persons were not glorified. Glorifying the convicted person tantamount to committing the same crime,” Firdous Ahiq Awan maintained.

The special assistant further said that unusual mollycoddle convict is violating all rules and laws of the jail manual as convicts are entitled to the code of conduct of jail and they should not be advertised.

Firdous expressed that he should be ashamed instead of going back to jail in such a grand manner. “If he feels like taking the corruption World Cup trophy back with him, we do not mind,” she said.