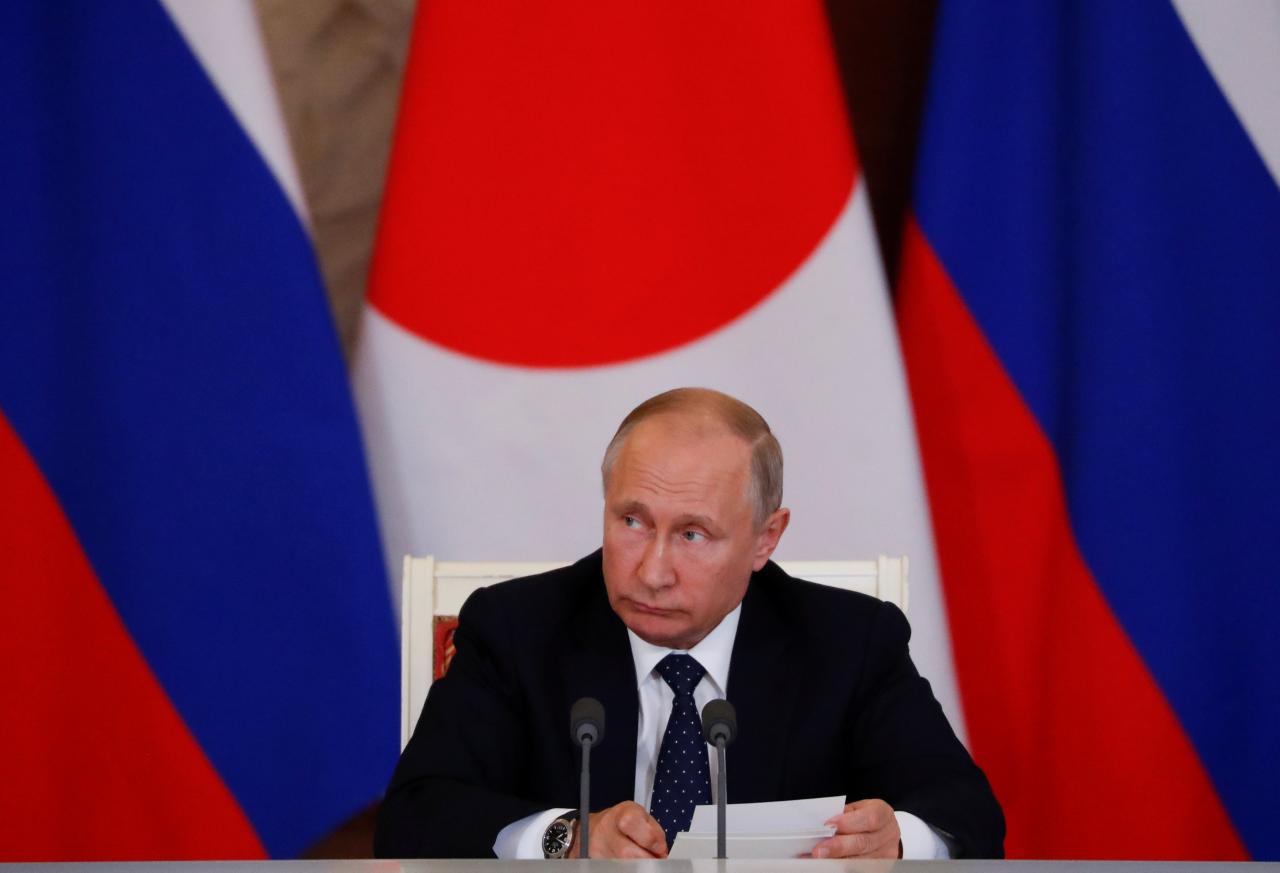 MOSCOW (Reuters) - Russian President Vladimir Putin said it was important to patiently look for a solution with Japan that would allow the two countries to finally conclude a World War Two peace treaty that would reflect the strategic interests of both. Putin spoke after holding talks with Japanese Prime Minister Shinzo Abe. Abe said that the two leaders had agreed to speed up joint business activity on a chain of disputed Pacific islands which Moscow seized from Japan at the end of World War Two.