It's 'Love, Actually' as bachelor Hugh Grant marries at 57 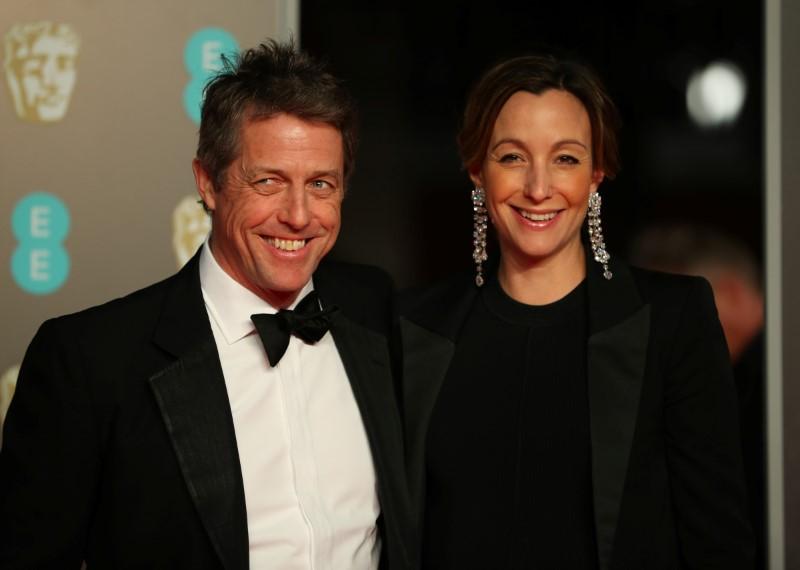 It's 'Love, Actually' as bachelor Hugh Grant marries at 57

LONDON (Reuters) – Hugh Grant, best known for playing bumbling Britons in romantic comedies like “Four Weddings and a Funeral,” has married for the first time, British media reported on Friday. Grant, 57, who has played a string of commitment-phobic characters, married Swedish television producer Anna Eberstein, 39, at a low-key civil ceremony in London’s Chelsea district, photos of the pair printed in British newspapers showed. Eberstein is the mother of three of Grant’s young children. The “Love, Actually” star has two other children with former partner Tinglan Hong. The photos showed Grant and Eberstein leaving the Chelsea register office in London on Friday and posing for pictures on the steps outside with a small group of family members. Grant wore a dark blue suit, while Eberstein was dressed in a blue shirt and white miniskirt and wearing a simple gold wedding band. Grant’s publicist did not return a Reuters request for comment. Grant, one of Britain’s best-known comic actors, is also famous for his own reluctance to marry. He split up in 2000 with his actress girlfriend Elizabeth Hurley after 13 years together. “I’m not really a believer in marriage,” he told People magazine in 2015. “I’ve seen very few good examples, maybe five, in my life, but I think otherwise it’s a recipe for mutual misery.” Grant, the star of two “Bridget Jones” comedies, also made headlines when he was arrested in Los Angeles in 1995 with a prostitute.