It's official: many women become invisible after 49 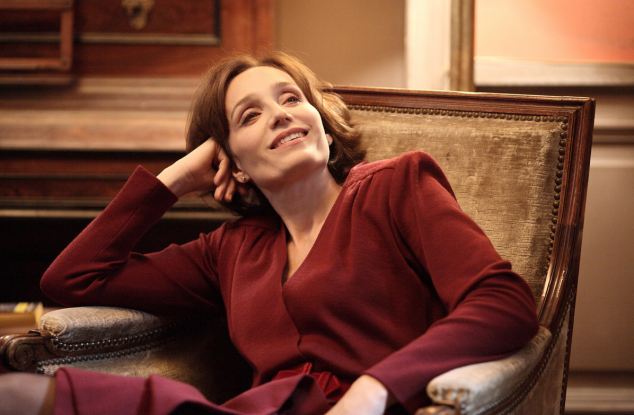 It's official: many women become invisible after 49

NEW YORK - In a world of data-driven policies, there is one group in society that barely registers and is at risk of missing out on crucial resources and services, according to researchers - older women. Much international data, including metrics on health, employment, assets and domestic violence, appears to back up the anecdotal view that women become invisible in middle age. The data sets start at the age of 15 and stop abruptly at 49. Experts said the limited age framework stems from a focus on women of reproductive age, assumptions about the limited economic role of older women and age discrimination that overlooks sexuality and violence in older women's lives. Advocacy groups lobbying for wider data collection say only slow and limited progress is being made in surveys to track the status of older people, both women and men. "The fact that the world is aging, and aging rapidly, is something we can no longer afford to ignore," Cailin Crockett, special assistant for gender policy and elder rights at the US Department of Health, told the Thomson Reuters Foundation. Already there are more than 850 million people globally over the age of 60, a number projected to swell to 1 billion in the next 10 years and 2 billion by 2050 - rising to 22 percent of the world population, according to the United Nations Population Fund (UNFPA). Women, who tend to live longer than men, will represent the majority of them. In 2050, the United Nations projects that globally there will be 85 men per 100 women over the age of 60 and 61 men per 100 women over the age of 80. Eighty percent of older people in 2050 will live in developing nations where a lack of data could hamper the creation of policies not only to assist them but to help tap into the social and economic contributions they can make. Although older men sometimes fare better than women in terms of data collection, older people of both sexes are often overlooked in humanitarian emergencies due to a lack of metrics. Crockett said adding older people to research will not be easy. "It would take an extraordinary amount of money to deploy the resources and human capital needed to expand those surveys," she said. This would be true of amending the Demographic and Health Surveys (DHS), a program begun in 1984 and funded largely by the US Agency for International Development (USAID), that has given technical assistance to surveys in some 90 mainly developing countries. The surveys, that measure a broad array of factors affecting the social, economic and environmental status of people, include women only between the ages of 15 and 49. The findings are routinely used by governments, NGOs, and UN agencies to target resources to issues ranging from battling malaria and HIV/AIDS to preventing malnutrition and domestic violence. Susan Markham, senior coordinator for gender equality and women's empowerment at USAID, said any expansion of the data to include older people would require additional US government funding or a decision to cut some existing data sets. "THE FACE IN THE MIRROR" The age of 49 coincides with the generally accepted end of a woman's child-bearing years, but hardly with the end of life and exposure to both opportunity and risk. Today, women over 49 account for nearly a quarter of the world's population. "Older women are us. Older women are the face in the mirror whether it's today or 20 years from now," Kathy Greenlee, assistant secretary for aging at the US Department of Health and Human Services told the United Nations last month. But the aging population is not reflected in data collection. For example, research on gender-based violence in conflict zones ends at the age of 49 - although the problems do not, said Bethany Brown, policy director at the charity HelpAge USA. She said even discussions of adding new measurements of sexual and other violence against women and girls to the United Nations' post-2015 Sustainable Development Goals (SDGs) propose limiting research to between the ages of 15 and 49. "HIV prevalence data also currently stops at 49. It's crazy. How can we possibly think that we are going to have these global plans to eradicate HIV infection when we have this large group that isn't even being surveyed," said Brown. So far progress in getting older women - and men - acknowledged in data research has been slow. In 2013, HelpAge International and Britain's University of Southampton launched the Global AgeWatch Index, which tracks the status of men and women over 60 years in 96 countries in terms of income security, health services, education, employment and social support. As Kate Bunting, CEO at HelpAge USA, said last month at the UN Commission on the Status of Women, there is a critical "need for data to make sure older women are not invisible anymore, to make older women count - and be sure they are counted." - Reuters