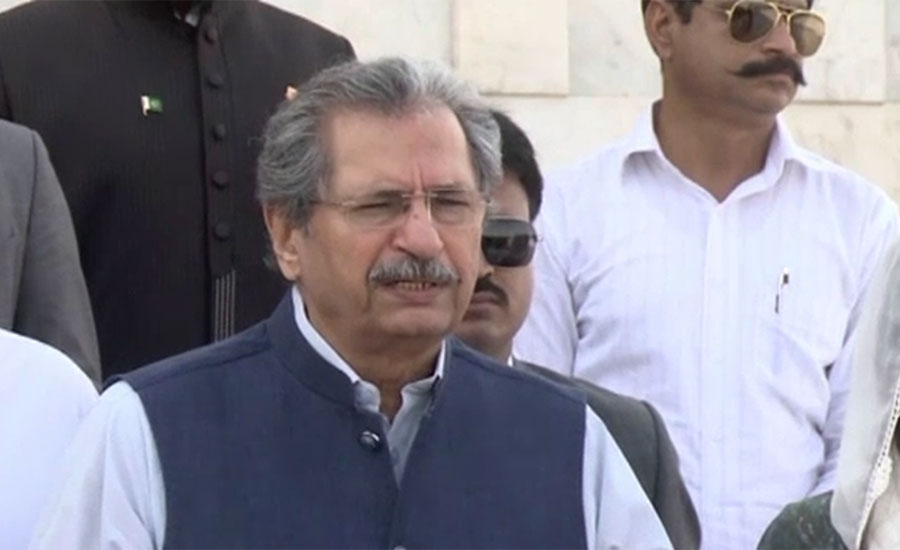 KARACHI (92 News) – Federal Education Minister Shafqat Mahmood has said that it is responsibility of every citizen to accept the court verdict. Talking to the media after visiting the Mazar-e-Quaid on Friday, he said that situation is worse at some places and they are trying to resolve the issue peacefully. He said that the sit-in cannot be staged against the court verdict. “We will implement each court verdict,” he said. The minister said that he was feeling spiritual pleasure by visiting the shrine. “We want a uniform education system. An important meeting has been called on November 12 and high-ranking officials of the Education Department will participate in it,” he said.