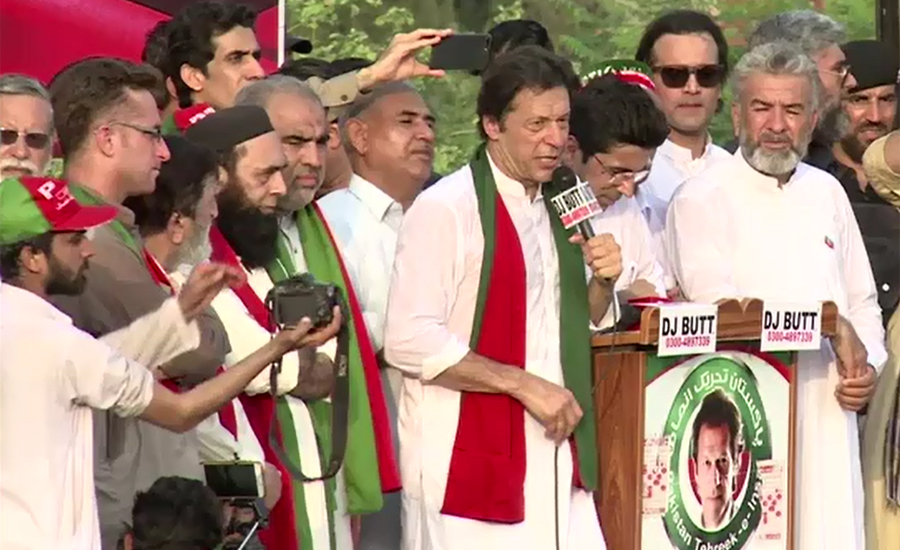 MARDAN/ SWABI (92 News) – PTI chairman Imran Khan has said that Shehbaz Sharif has played a game with Nawaz Sharif. Addressing a public meeting on Saturday, he said that Siraj Raisani was a patriot. “I have been asked not to hold meetings due to threats to my life,” he disclosed. The PTI chairman said that Nawaz Sharif is a naive who returned to the country on their advice. “Shehbaz Sharif was hiding in his vehicle. He has duped Nawaz Sharif by saying that thousands of people will welcome him,” he said. He said that Shehbaz Sharif should not be jubilant at Nawaz’s arrest and he too will also be in jail. Imran Khan asked the people to stamp the symbol of Bat. “The country is acknowledging the education, health and local bodies system of Khyber Pakhtunkhwa,” he maintained. He said that Asif Zardari was in habit of getting murdered youths like Naqeebullah through Rao Anwaar. “Nawaz Sharif and Asif Zardari laundered money after corruption,” he said.