ITV boss Crozier to quit after seven years at the broadcaster 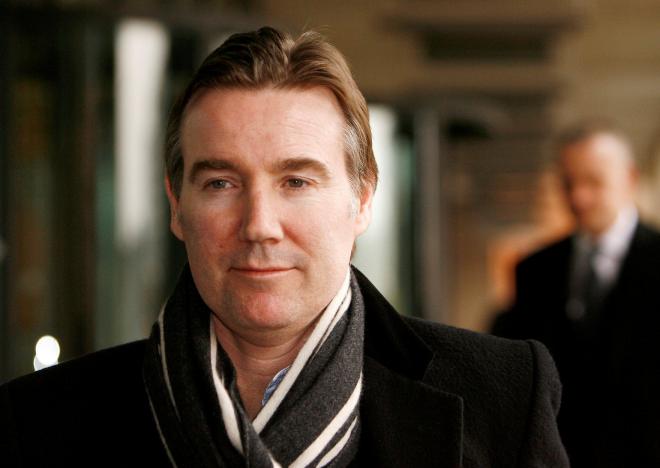 ITV boss Crozier to quit after seven years at the broadcaster

LONDON – ITV boss Adam Crozier, who has restored the British broadcaster's fortunes by reducing its reliance on advertising and expanding its production business, will step down next month after seven years in charge, the company said on Wednesday.

Finance Director Ian Griffiths will take on additional responsibilities as chief operating officer and will lead the group until a successor is found, ITV said, helped by Chairman Peter Bazalgette, who will become executive chairman in the interim.

Crozier, who has grown ITV's production operations by buying independent producers in Britain and overseas, will leave at the end of June.

Having spent 21 years as a chief executive across four varied industries, the 53-year-old Crozier said it was the right time to move to the next stage of his career and to build a "portfolio of roles".

"Today ITV is more robust, well balanced and stronger both creatively and financially than ever before, and is well placed for the digital future," Crozier said.

Although Crozier's departure was not a surprise, some analysts questioned why the company had not managed to line up a successor and also underlined the challenges facing the next boss of Britain's main commercial TV company.

"Consumption habits are changing at pace and the shift towards streaming media and even towards non-traditional media such as video game streams leaves ITV vulnerable," said Neil Campling, global head of TMT research at Northern Trust Capital Markets.

Shares in ITV slipped 0.2 percent to 211 pence on Wednesday morning.

ITV said the company's revenue from sources other than advertising had more than doubled to almost 1.9 billion pounds ($2.5 billion) in 2016, more than half of its total, under Crozier's tenure.

The broadcaster, which makes soap opera Coronation Street, has long been viewed as a takeover target in an industry that is consolidating as viewers increasingly watch content on demand and on different platforms.

Speculation has centered on U.S media group Liberty Global, which owns 9.9 percent of the broadcaster, although it has previously said it did not want to buy the group.

Citi analysts said ITV had often been talked about as a takeover target, but the market was likely to take Crozier's departure as a sign that no potential takeover was imminent.

Crozier, who was paid 3.4 million pound last year according to ITV's annual report, started his executive career at advertising group Saatchi & Saatchi in the 1990s, before moving to The Football Association and postal service Royal Mail Group.

He joined ITV when the ad market was at a low point and he initiated a restructuring that diversified the business into international production and cut the cost base.

It bought a majority stake in World Productions, the maker of hit BBC drama "Line of Duty", on Tuesday, increasing its productions capabilities in scripted drama.

Crozier added another non-executive role to his portfolio last month when he joined the board of Costa Coffee to Premier Inn group Whitbread . –Reuters