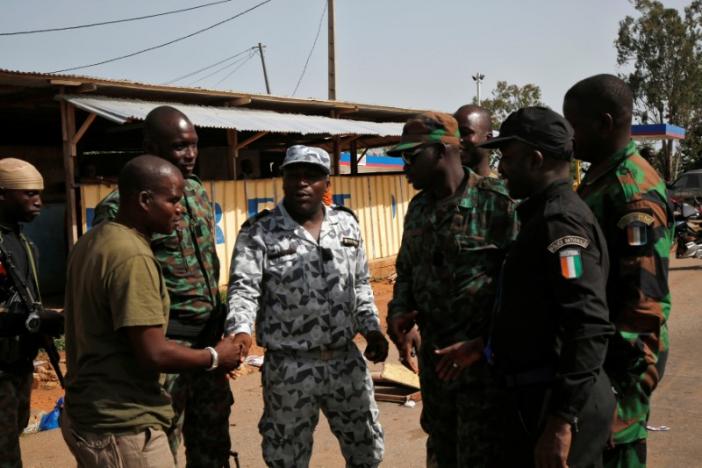 BOUAKE, Ivory Coast – The leaders of a nationwide military mutiny in Ivory Coast have accepted a government proposal on bonus payments and agreed to return to barracks and end their revolt, two spokesmen told Reuters in the city of Bouake on Tuesday.

"We accept the government's proposal ... We are returning to barracks now," said Sergeant Seydou Kone, one of the revolt's leaders.

The renegade soldiers, who have paralyzed cities and towns across the West African cocoa grower since Friday, rejected an earlier deal announced by Defence Minister Alain-Richard Donwahi late on Monday.

Under the proposal accepted by the soldiers, 8,400 mutineers - mostly former rebel fighters who helped President Alassane Ouattara to power - will receive an immediate bonus payment of 5 million CFA francs ($8,400). Another 2 million CFA francs will then be paid at the end of next month.

"We've just handed back control of the entrances to the city to the police and gendarmes this morning, and we're returning to our barracks," said Sergeant Cisse, another spokesman for the group, referring to Bouake, the epicenter of the uprising. –Reuters