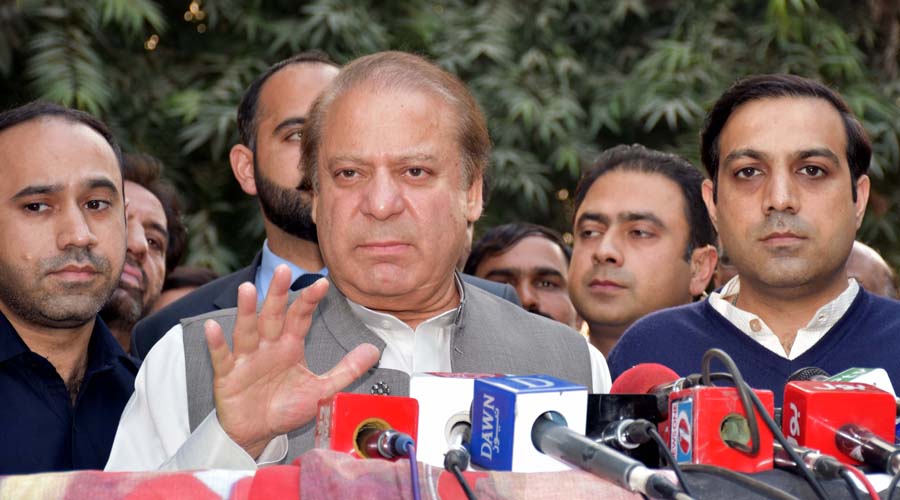 LAHORE (92 News) – Prime Minister Nawaz Sharif has said that Jahangir Badr was and a nice person and a seasoned politician. He was talking to the media after offering his condolence on the death of PPP leader Jahangir Badr at latter’s residence on Saturday. He said that they would continue the relation established with Jahangir Badr with his children. “We have good memories with him. He was a straightforward man,” he maintained. Stringent security arrangements were made on the arrival of Prime Minister Nawaz Sharif.